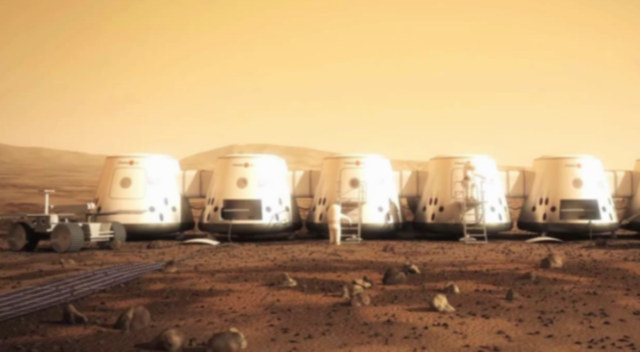 A reality show that sends players on a mission to colonize Mars might sound insane, but that’s not stopping Mars One from trying it. They plan to land humans on the surface of Mars in 2023. The search for those humans begins this July with an open call for entries to be on the show. One caveat is that Mars One has no plans of returning their astronauts to Earth. Ever.

Mars One is a not-for-profit group focused on establishing a human settlement on Mars. Their intention is to do this through private companies, not any nation’s space agency, and they claim to already have suppliers on board for all the components they will need. To fund the project, they’re opening it up as a reality-television-style event, where the world can watch, donate, and even vote on which team of astronauts are sent to Mars.

Geekosystem covered the details of the Mars One plan back in June of 2012, and it’s summarized in their own promotional video:

If a one-way ticket to Mars sounds like something you’d be into, you can create a one-minute entry video and submit it this July with a small entry fee. Mars One founder Bas Lansdorp said he expects one million video entries, and hopes some will go viral.

The fee will vary It’ll be no more than $25 though, so you can probably afford it. The revenue generated from the entry fees will actually be used to help fund the project, which as you would imagine is very expensive.

It’s still unclear how serious this mission is. It could be a bold new approach to the role of humanity in outer space, or the insane plan of a mad man, and it’s probably somewhere between the two.

Does anyone have any intention of submitting themselves as a candidate for the Mars One mission? We might try to send our own Ian Chant. We think he’d like Mars.