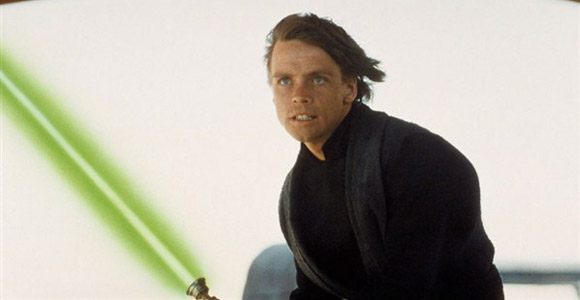 Entertainment Weekly’s CapeTown Film Festival was just one of many events celebrating Star Wars this past weekend but the only one that had a surprise appearance from Luke Skywalker himself, Mark Hamill. Take a look at what he had to say about the direction the new trilogy should take.

Hamill appeared at two screenings of Return of the Jedi at the festival and Ain’t It Cool reported their experience:

Hamill brought up the meeting with George Lucas last August. Lucas called, wanted to meet with Carrie Fisher and Mark Hamill to talk some stuff over with them, but didn’t tell them more than that. Hamill figured it had to do with the Star Wars 3D re-releases, that Lucas wanted them to do some publicity or something, but was surprised when George instead told them of his imminent retirement. Lucas didn’t tell them anything about Disney buying Lucasfilm (he ended up reading about that on the internet when that news broke), but did tell them about Kathleen Kennedy taking over and that discussions with everybody involved in the transition have led to talk of Star Wars 7-9 happening.

But the more interesting part to fans may be Hamill’s mention of meeting with Kennedy and expressing his wish to see more practical effects in Star Wars VII.

“There’s nothing wrong with CGI, but I think you have to have a balance because the camera perceives the width and the depth and the weight of a miniature or a model.” He just said he isn’t a fan of the one guy surrounded by greenscreen look and told Kennedy that he’d hate for these new movies to “look like Roger Rabbit.”

CGI characters were some of Star Wars fans’ biggest issues with the newer trilogy so I hope they take what he had to say to heart.

The actor also confirmed Fisher’s involvement but said he couldn’t confirm Harrison Ford because he hadn’t spoken to him personally about it. He also is hopeful their roles won’t involve too much action, “I want it to be age appropriate, so heavy on the Jedi mind tricks and lighten up on the lightsaber duels. Let the kids do the heavily lifting!”