Carrie Fisher Mentions Getting In Shape For Star Wars VII, We Can’t Tell If She’s Joking 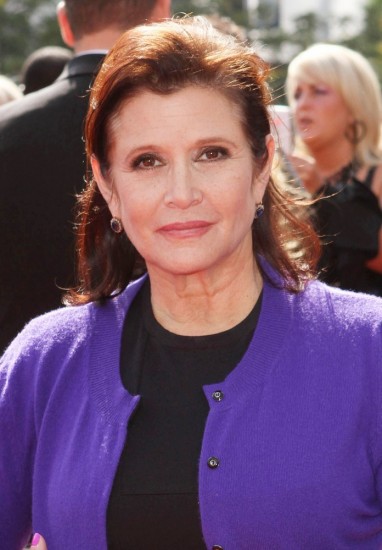 “I like being bought by Disney, because they never wanted to buy me before. I’m glad they are doing a new movie because they are sending a trainer to my house so I can get in really good shape. So I’m really eating a lot of sugar in advance, as you can see. By the time I really get down to it I will have eaten everything.” – Carrie Fisher speaking to and audience at the BMO Centre via the Calgary Herald.

A few months ago, Fisher seemingly spilled the beans about her involvement in the next Star Wars trilogy then her publicist spoke up to tell us she was only joking. But George Lucas went on record to say she’d basically been signed so we were extra confused. Disney CEO Bob Iger at least admitted there were “discussions.”

So how should we take this latest statement. Fisher is quite the comedian and obviously she was joking about being bought by Disney but them sending her a trainer seems logical if she’s expected to be physical in her role as Leia in J.J. Abrams’ film. An official announcement would be nice, Disney.