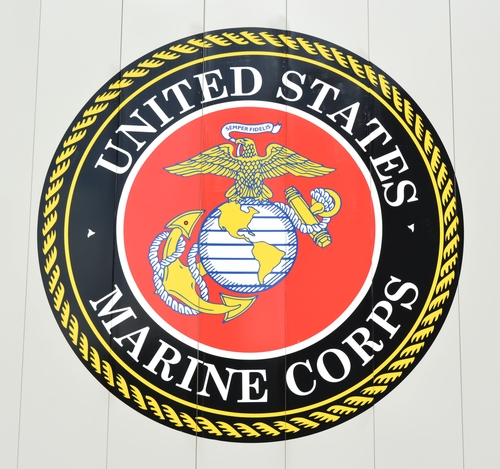 The U.S. military has a long history of misogyny, sexual assault, and gender inequality within its ranks, and it seems that this type of behavior and disregard for its female members extends to life outside the armed forces, too. Today, we learned that many Marines are semper fi to misogyny as we learned about a Facebook group where male Marines, both current and retired, posted and shared nude images of female colleagues.

Called “Marines United,” the group, with over 30,000 members, not only had a membership of active-duty and retired male U.S. Marines, but also Navy Corpsman and British Royal Marines. The photos, showing women in various states of undress, and all non-consensual, not only featured female Marines (past and present) identified by name, rank, and location, but also featured “unidentifiable women in various stages of undress, and included obscene comments about some of the women,” according to The AP.

Thankfully, the NCIS is currently investigating the group and the photos, which were accessible in a Google drive with a link that was posted to Marines United. The photos have been taken down. According to The Washington Post, “The person who posted the drive was a former Marine working for a defense contractor, said a Marine official who spoke on the condition of anonymity to speak frankly about the photos. The contractor has since been relieved of his duties.”

Meanwhile, the Marine veteran and Purple Heart recipient who originally broke this story over the weekend, Thomas Brennan, along with members of his family have received numerous death threats, as he revealed the numerous ways in which the photos were obtained, including stalking.

The activities of Marines United have naturally negatively affected the women whose photos have been obtained. The Washington Post spoke with Marine Lance Cpl. Marisa Woytek, whose photos were taken from her Instagram account and posted to Marines United several times in the past six months without her consent, opening her up to online harassment. Lance Cpl. Woytek says that she’s completely disillusioned with the organization she once served proudly. “Even if I could, I’m never reenlisting,” Woytek says. “Being sexually harassed online ruined the Marine Corps for me, and the experience.”

While the Marine Corps. are not commenting directly on the ongoing investigation, its highest-ranking member, Gen. Robert B. Neller, did issue a statement saying, “For anyone to target one of our Marines, online or otherwise, in an inappropriate manner, is distasteful and shows an absence of respect. I expect Marines to give their all to be the best human beings, teammates, and Marines possible.”

It’s good to hear that, especially since the military so often seems like a hostile place for women, despite the fact that they have the same desire to serve and excel that their male counterparts do. Here’s hoping that the investigation successfully finds as many of those responsible for the photos as possible, and brings them to justice.

(via Jezebel, image via dustin77a/Shutterstock)