Girlfriend, you are so not on. 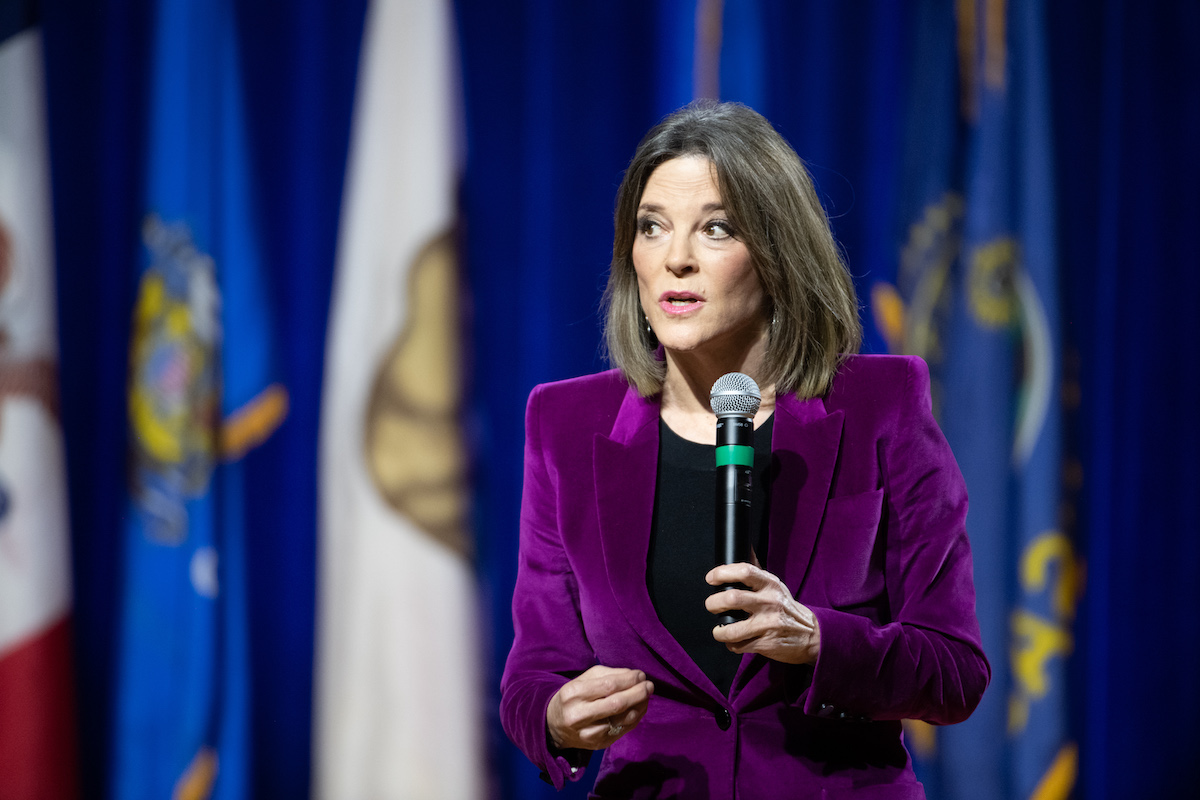 It seems like only yesterday/a thousand years ago that everyone’s favorite kooky aunt Marianne Williamson was running for president. The author and “spiritual leader” made for a spirited if long shot entry into the crowded democratic primary, quickly distinguishing herself by preaching a message of love and telling New Zealand PM Jacinda Ardern, “girlfriend, you are so on”, in response to what she would do in office.

But since she ended her campaign in January (were we ever so young?), Williamson has stayed relatively quiet. That is, until a popular Twitter query brought her back into the cultural conversation. The account @PopulismUpdates posted a picture of Stephen Colbert flanked by everyone who ran for president. The tweet asked which two candidates users would like to get high with, and the results were predictably hilarious.

Pick 2 to smoke a bowl with pic.twitter.com/HUfQvdQgXK

But it wasn’t until Gertrude Slime aka @wowpatricia tweeted her vote for Williamson and Klobuchar, that Williamson swung in with her hottest take yet:

I am not getting stoned with Amy Klobuchar.

Folks quickly jumped on Williamson’s response to enjoy the comedy gold. And who can blame her? After all, Klobuchar does give off BNE, aka Big Narc Energy. But a hot dish is a compelling addition to any joint session (hehe). Klobuchar has yet to respond to the tweet (and likely won’t since it’s absurd), but everyone is having a field day.

Of course, we must remind you that while Marianne Williamson is hilarious, she is also an anti-vaxxer and believes that we can prevent natural disasters with “visualization.” Hmm, maybe MarWil doesn’t want to toke up with Klobuchar because she’s already smoked through her stash.

Have a safe and restful Sunday, Mary Suevians!