The net is vast and infinite. 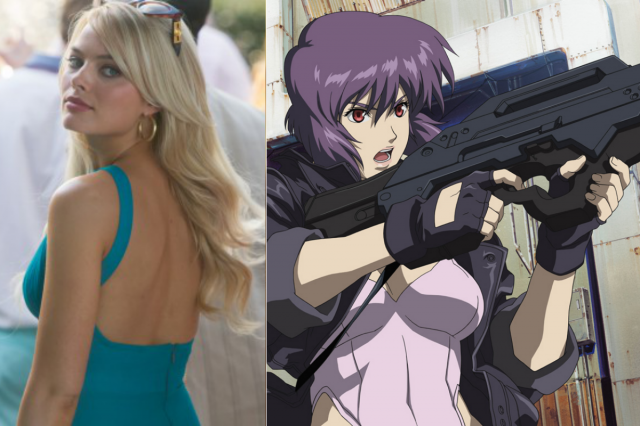 Cyberterrorists better watch out; Deadline is reporting that The Wolf of Wall Street star Margot Robbie is in talks to play the lead character, Motoko, in the Ghost in the Shell live-action film. The real-people Ghost in the Shell adaptation is being made by Dreamworks, with Rupert Sanders (Snow White and the Huntsman) directing, and William Wheeler (…some episodes of The Cape?) writing the script.

Listen, I don’t want to tell you want to do, but if you’ve never watched any Ghost in the Shell before, you should. Major Motoko Kusanagi is one of my all-time fave anime ladies. A bisexual cyborg, Motoko is the head of a counter-cyberterrorist organization in a post-cyberpunk alternate-21st-century Japan. Her thong outfit looks pretty uncomfortable – but if she can wear that and still kick butt, then she’s a personal hero of mine. I’d recommend starting with Ghost in the Shell: Stand Alone Complex, then its second season S.A.C. 2nd GIG, then the tie-up film Solid State Society.

(via Deadline, image via BagoGames)