In the world of anime, there was a girl who was a Slayer long before Buffy. 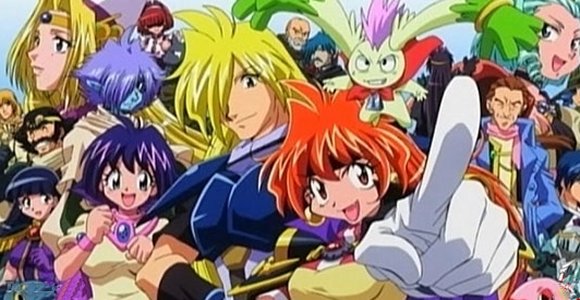 Shonen is defined as anime and manga aimed towards preteen or teenage boys. A lot of the genre is thought of as being shirtless guys wrestling each other and comparing power levels (Example: Dragonball Z). It is true that shonen typically has male main characters, but there are some examples of shonen with dynamic leading ladies.

Female leads in Shonen are important because not only do they give us more female action/fantasy heroes, they also teach boys that they can identify with female main characters. It’s very interesting to look at how shonen female leads can differ from shoujo ones. After you read this two-part series, perhaps you’ll discover some new stories and new things to think about!

These articles will deal with action-adventure and fantasy shonen in particular. I won’t be including seinen (manga and anime aimed towards adult males). I am also limiting myself to covering only notable series at least somewhat legally available in Western countries. If your favorite is not on here, it was either cut for length or because it didn’t fit into that. Without further ado, here’s Part One: the ’90s! 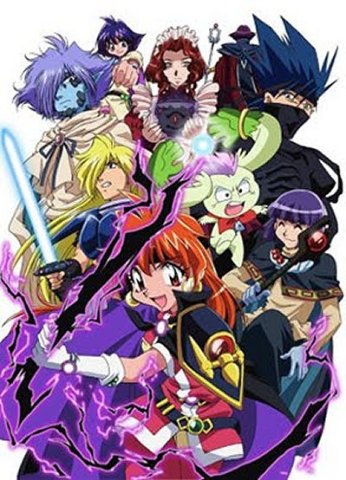 Slayers (also known as The Slayers) started out as a series of light novels written in 1989 and was adapted into several anime series and OVAs starting in 1995. There are over 52 light novels, and the latest anime of Slayers was produced in 2009. There are also several manga series, spanning from 1995 to 2009.

Slayers is a comic fantasy franchise that follows the traveling sorceress Lina Inverse, whose main goal in life is to beat up bandits and take all of their gold. She picks up a ragtag team of friends, and together they end up saving the world from various demonic threats.

Slayers is a comedy-oriented series that parodies a lot of fantasy tropes, but it also has its fair share of high-stakes battles. Lina is honestly one of my favorite leading ladies ever, because she’s so refreshing. She’s usually the most powerful person around and she has fun with that. She’ll leave mayhem and destruction in her wake with a smile on her face. She’s a rare example of a female anti-hero who’s not an angsty femme fatale—she’s just a loveable rogue who does what she wants, when she wants. She runs the show, and everyone else is along for the ride. Check out the first opening for all you need to know about Lina:

In addition, the show has several other dynamic female characters whom Lina has fun relationships with. One of her buddies is Amelia, a justice-obsessed brawler. Lina’s relationship with the more gentle Sylphiel is great because they have a deep friendship despite having completely different personalities. Her self-proclaimed “rival” Naga is her vitriolic buddy in the OVAs.

The guys in Lina’s gang take a back seat to her in power. They know she’s the one they can count on to win the day. She and her love interest Gourry are a pretty strong reversal of typical shonen gender tropes, as he flat-out states that his only goal in life is to be with her and help her while she does her thing. He even functions as damsel in distress a few times.

However, the humor and situations in Slayers can sometimes be tired and offensive. There’s a constant running gag where characters point out Lina is flat-chested (despite the fact the animators couldn’t be bothered to draw her as such in the first season), a lot of casual homophobia in one episode, transphobia in a few others, and a really bizarre plot in the first season where Lina’s powers get weaker when she’s on her period (fortunately never bought up again). Naga is walking fanservice (though the show often parodies this), a villain’s evil is motivated by wanting to cure his disability, and the story is coded as an all-white Western-style fantasy (with the author’s word on diversity being that all the darker-skinned people conveniently live in another country).

Check out Slayers for a fun fantasy anime with a great lead, but be aware of some eyeroll-worthy parts! All seasons are available on Funimation’s YouTube Channel: Slayers, Slayers NEXT, Slayers TRY, Slayers REVOLUTION, and Slayers EVOLUTION-R. It’s also available on Hulu and on Funimation’s website for streaming and DVD purchase. Some of the light novels can be bought used on Amazon. 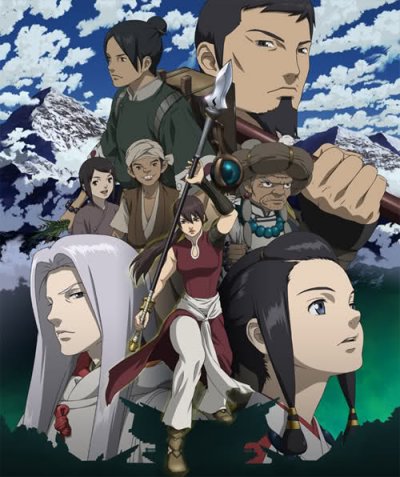 Moribito: Guardian of the Spirit by Nahoko Uehashi

(created by a woman)

Also known as Seirei no Moribito (Guardian of the Sacred Spirit), the first Moribito light novel was published in 1996, with more to follow. The first book was adapted into both a manga and 26-episode anime in 2006. A live action TV-drama covering the entire series of novels is planned for 2016.

Moribito follows the adventures of 30-year-old bodyguard Balsa. After saving the life of a young prince, she is charged to protect him from assassination by his own father, since the prince is believed to have a demon inside him. Balsa takes on the job to atone for the lives she has taken in the past, but the matter of the prince’s possession turns out to be pretty complicated.

Though slow-paced, Moribito is a beautifully animated series with great fight scenes. Balsa fights with her wits as much as she does with her physical skills, so it’s always fun to watch. She’s incredibly tough and independent, but it’s also interesting to see her protective and nurturing side as her bond with the young prince grows. The series has pretty much zero fanservice, and there are other great female characters in addition to Balsa—including the powerful shaman Torogai, an incredibly blunt and tough old lady who mentors Balsa’s love interest. There is a very interesting role reversal with Balsa and her love interest—he is the gentle healer who really wants to get married to her, while she is the wandering action hero who has things to do before she can think about settling down.

The series also deals heavily with racism, since it makes no bones about the fact that the darker-skinned people in the series are a minority oppressed by the lighter-skinned people. Several of the characters, including Balsa’s love interest, belong to this race, so it’s one of the few anime that has a lot of darker-skinned characters. The world-building is also very interesting and thorough. This is a low-fantasy setting that seems to take a lot of inspiration from Chinese culture, but which has a mythology of its own.

This series is definitely a hidden gem, and there’s actually not much to warn for besides some hitting of children and gender-essentialist comments, both which could be expected from the medieval time period, though the latter wasn’t in the book the series was based on.

Moribito is available on Hulu, and the anime and the first two books can be purchased on Amazon. 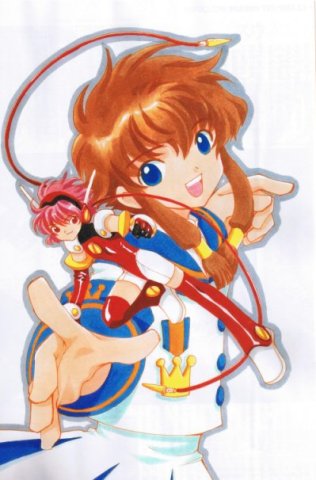 Angelic Layer is a shonen manga that was created by the four-woman team of CLAMP (well-known for their expansive body of work, which includes Cardcaptor Sakura and Chobits) in 1999 and adapted to a 26-episode anime by the studio Bones in 2001.

The basic premise is that seventh grader Misaki Suzuhara becomes fascinated by a game called Angelic Layer, where people fight each other with miniature sentient “battle dolls”. The petite Misaki is especially inspired when she sees a smaller doll beat a larger one, so she creates her own and enters the game. The game ends up being strangely connected to her absent mother…

Angelic Layer is a very interesting story, somewhat reminiscent of a sci-fi sports anime. It tackles sexism, as the protagonist struggles with her own lack of confidence bought on by being told girls can’t win fights. There’s also a story in the anime about a woman who has internalized the idea that her disability makes her a failure. Misaki is a gentle protagonist who deeply considers the feelings of her opponents, so she often ends up befriending the girls she fights and learning their backstories. Misaki also struggles with the fact she considers her battle doll a friend and wonders whether she should be using her to battle. The story has a huge cast of female characters and predominantly focuses on Misaki’s relationships with them—from the five-year-old prodigy Hatoko to her martial-arts obsessed friend Tamayo. The core of the story is Misaki’s desire to reconnect with her mother and the mystery of why she left. The game slowly brings them closer together.

The only real things to warn for with Layer is a man who acts a bit creepy and comically abuses his intern. Tamayo also often comically attacks her male friend. Otherwise, this is a story that is worth checking out for all the different themes it explores and the diverse array of female relationships. The anime explores things a little more deeply than the manga, so it’s definitely recommended as a watch.

The anime version of Angelic Layer is available on Amazon from third-party sellers, and the manga is available from Dark Horse.

Check back on Friday for part two of this series, covering female shonen leads from the 21st century!

Caitlin Donovan is a long-time comic geek and internet blogger who is currently working on her MFA and her first novel. She formerly wrote for Big Shiny Robot and for a time helped run the blog “When Fangirls Attack.” These days, she mostly can be found blogging on her Tumblr, Lady Love and Justice. 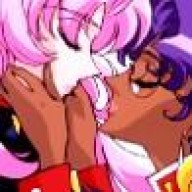 Caitlin Donovan is a longtime comic geek and internet blogger who is currently working on her MFA and her first novel. She formerly wrote for Big Shiny Robot and for a time helped run the blog “When Fangirls Attack”. These days, she mostly can be found blogging on her tumblr, Lady Love and Justice.