Shall I compare thee to a summer's day, prick? 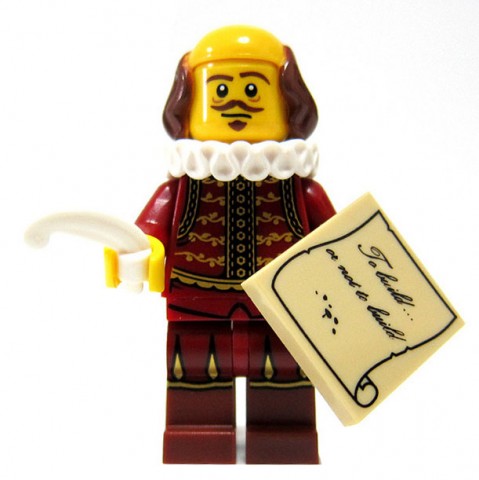 A UK man who tried to buy a PlayStation 3 online and was instead scammed out of $133 is wreaking revenge by using his iPhone to systemically text the fraudulent seller The Complete Works Of William Shakespeare. Somewhere in heaven, Steve Jobs and the Bard are staring at each other and smiling.

After realizing he’d fallen victim to a scam on the UK website Gumtree, 24 year old Edd Joseph moodily walked the parapets of his castle until an apparition of the Playstation appeared and begged for vengeance. Explains Joseph:

I was really annoyed and I was trying to think of ways of being more in the position of power because I felt so helpless about it.

My first thought was that I could try and pretend I had found out where he lived but it was all a bit of a cliche and it wasn’t going to worry him really.

Then it just occurred to me you can copy and paste things from the internet and into a text message. It got me thinking, ‘what can I sent to him’ which turned to ‘what is a really long book’, which ended with me sending him Macbeth.

Although Joseph can send an entire play in one message, the recipient will receive it divided into 160-character texts. According to The Telegraph’s calculations, since Joseph has now sent 22 complete plays, the scammer has received 17,424 messages. By the time all 37 plays have been sent, the seller will have been bombarded with 29,305 texts.

Hamlet was the longest play Joseph has used yet, dividing into 1,143 messages and a lot of words, words, words.

Joseph typically sends the plays at night for maximum annoyance, and says that the seller appears unappreciative in their profanity-laced phone calls. “I tried to ask him if he was enjoying the plays, but he was very confused. If nothing else I’m sharing a little bit of culture with someone who probably doesn’t have much experience of it.”

Joseph has an unlimited texting plan in addition to his unlimited capacity for iambic pentameter-fueled revenge. I tip my feathered hat to you, sir.

(via The Telegraph, image via The Lego Movie)