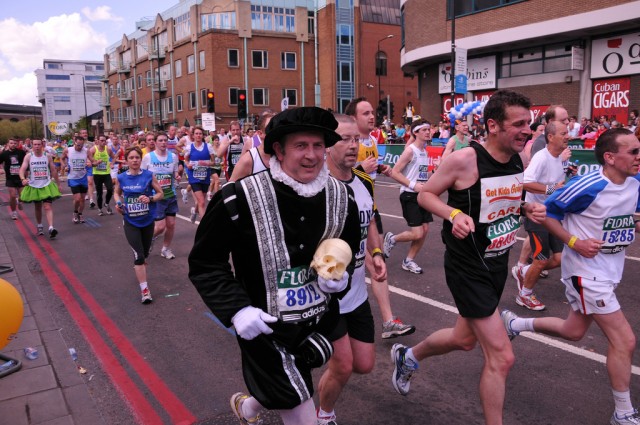 Author Mark Forsyth was writing his latest book in the British Library when he needed to cite a line from Hamlet. Too bad the British Library decided he wasn’t allowed to do that because the play is too violent! Kids could get the wrong idea about poisoning their brothers or uncles, you see.

Forsyth naturally took his complaint up with the IT department, but the woman behind the counter appeared not to care very much. This upset Forsyth —  as it would anyone, I imagine:

The library has since unbanned Hamlet from their Wi-Fi, no doubt stirred to action after Forsyth sent a few angry e-mails and his blog post got picked up by several media outlets. However, the content blocker continues to ban more than a few celebrated artistic works — such as Luca Giordano’s Battle Between the Lapiths and Centaurs, below, and Lot and His Daughters by Hendrik Goltzius (which, to be fair, is a bit NSFW what with the nude women and all). Twitter user @matt_sperling uncovered this on Monday while testing out the filter: 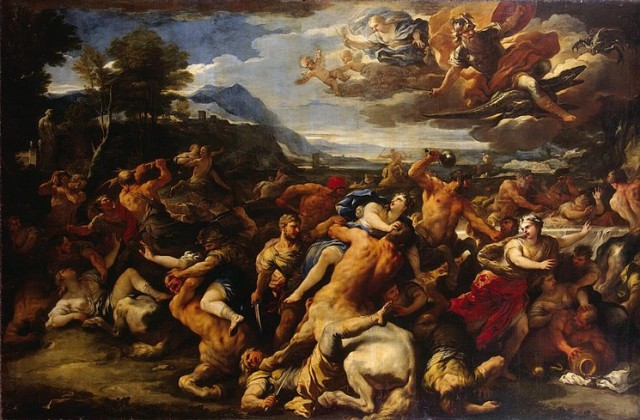 But is this some sort of nefarious plot to keep British Library patrons in the dark about one of the great works of Western drama? Probably not, Forsyth admits in an addendum:

Because of all the attention this post is getting, I ought to point out that I was not intending to disclose some outrageous Orwellian conspiracy, merely incompetence and inertia. I wrote the post because of 1) The amusing absurdity of the greatest work of British literature being blocked by the British Library. 2) The evident silliness of filtering systems, particularly one that blocks mit.edu but not facebook. 3) The frustration of dealing with institutions that disown their own Internet provider. 4) The miserable truth that over the last couple of years the failures of the BL’s wifi – whether broken, slow or filtered – has forced researchers to choose, reluctantly, between books and the Internet.

It’s like that old adage — never attribute to malice what can be explained by stupidity. I would try to look up who first said that but you never know, the Wi-Fi overlords might decide not to tell me.