Man Given Three-Month-Jail Sentence for Trying to Smuggle Dinosaur Bones Into U.S.

Those belong in a museum! You know... with the proper paperwork! 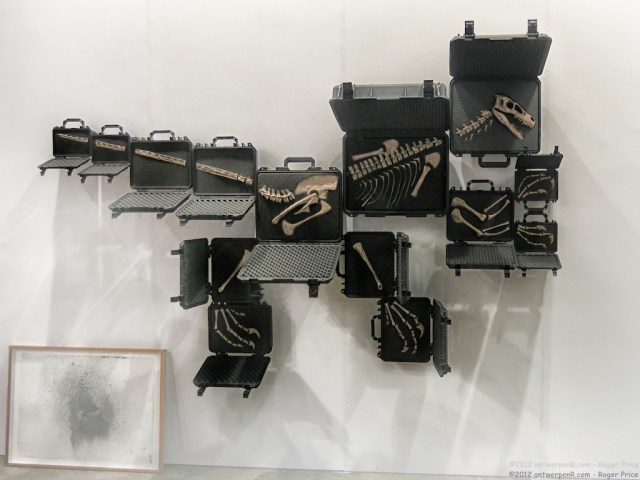 “Fossil Dealer” sounds like a really cool title to put on a business card, but as with all professions that deal with trading and bartering, you’ve got to make sure what you’re selling is legit. Yes, that includes dinosaur bones. You don’t get to deliberately ignore customs just because your merchandise been dead for millions of years.

That’s why a Gainsville-based dealer—of course he was from Florida—was recently sentenced to three months jail time by a federal New York judge for sneaking a 70-million-year-old Tyrannosaurus skeleton out of the Gobi Desert in Mongolia and into the U.S., where it was then sold by Heritage Auctions in Dallas for over $1 million.

The defendant carried out this dastardly plot exactly the way you’d expect, too: by smuggling the bones in separately (reportedly labeling them “reptile bones” from Great Britain) and then assembling them back into a skeleton once they were all on this side of the Atlantic. Which reaaally still should have raised some warning bells, because Tyrannosaurus skulls can be up to 5 feet long and probably very hard to fit in boxes, but I suppose we’d all prefer our TSA agents to be focusing more on possible bombs and stuff rather than giant dead bird-ancestors.

The dinosmuggler will serve his time in “community confinement.” The skeleton, meanwhile, will be returned to Mongolia, and whoever it was that had $1 million lying around for illegal T-rex bones has gotten their money back, presumably to use it on a haunted castle or a silo full of death rays. You know, whatever it is people who want to own dinosaurs have going on in their lives.

Let this be a lesson to all of us that you can’t just play fast and loose when it comes to our extinct reptilian friends. Seriously, have we learned nothing from We’re Back! A Dinosaur’s Story as a society? Or, you know, that other movie about dinosaur remains being used unwisely, the name of which is totally escaping me right now? It’ll come to me. Just wait a second.

(via Phys.org, image via Roger Price)