The unprecedented find in the Russian arctic could bring cloned wooly mammoth rides to a theme park near you. 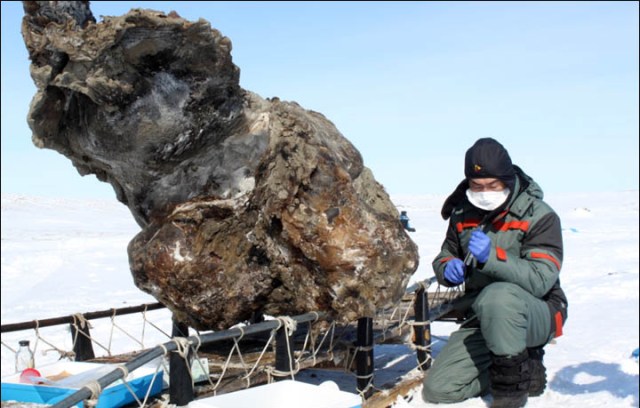 A team of Russian mammoth researchers working in Siberia have discovered an unexpected and unprecedented find — a mammoth carcass preserved in ice for thousands of years that is still so fresh they were able to harvest liquid blood from the remains. That fresh genetic material could one day prove key to the team’s ultimate goal of using cloning technology to bring the extinct species back to life.

Blood from the mammoth had collected in an ice capsule near the body, which Seymon Grigoriev‘s team tapped into. Much to their surprise, the blood they found was still liquid despite being found in an environment where the temperature is around ten degrees below zero Celsius. The find could confirm researchers’ suspicions that mammoth blood contained a sort of natural anti-freeze that would have helped them withstand the frigid climes they called home. 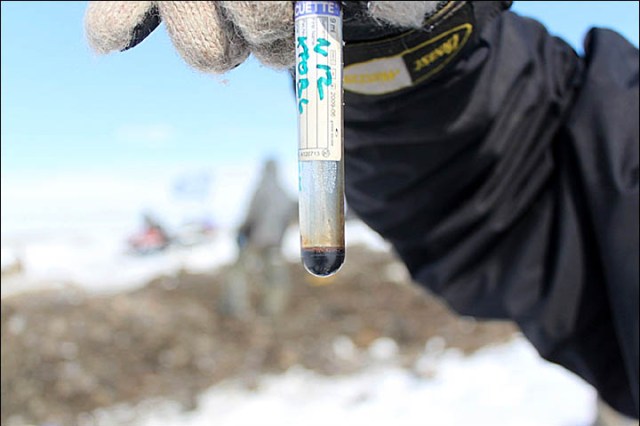 Grigoriev believes the mammoth found here was a female between 50 and 60 years old who died falling into a bog, possibly as she was being chased by predators some 10,000 years ago. Despite some expected wear and tear, and a not insignificant amount of gnawing done by generations of scavengers, the find is really spectacularly preserved. That’s good news for Grigoriev’s team with the Mammoth Museum at Russia’s North Eastern Federal University, which is working with a team of South Korean researchers toward the ultimate goal of being able to clone a living mammoth. For science, of course. And also awesome theme parks.

Only time will tell whether this batch of fresh blood moves that work forward, but it’s hard to see how it could hurt. Results from a test of the blood are expected back soon, meaning that we’ve all got a few more days before a long dead bacteria escapes a Russian lab and wipes out civilization as we know it. So enjoy them, folks!