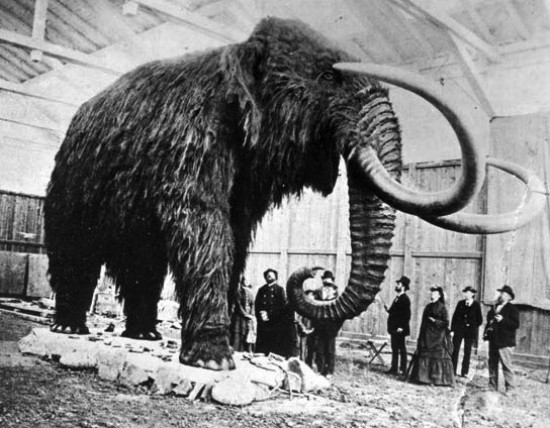 Russian and South Korean scientists have agreed upon joint research and signed a deal on intended to recreated the extinct woolly mammoth via the only means (somewhat) currently available when trying to recreate a species that is no more: Cloning.

Hwang Woo-Suk, of South Korea’s Sooam Biotech Research Foundation, and Vasily Vasiliev, vice rector of the North-Eastern Federal University of the Sakha Republic, both signed the deal today. Back in 2005, Hwang created the world’s first cloned dog, Snuppy, though other cloning research of his was found to be faked, so that will probably and unfortunately be an underlying thought throughout the whole woolly mammoth cloning research and experiment.

After global warming thawed Siberia’s permafrost, remains of a woolly mammoth were uncovered, and the process began. Sooam Biotech Research Foundation said they’d begin the research this year if the woolly mammoth remains could be shipped to them in time. Sooam also said it would help out by sending some technology to the Russian University.

Sooam research Hwang In-Sung said the first and hardest step is to restore the mammoth cells, and the scientists would be looking for woolly mammoth tissue with an undamaged gene. The intent is to replace the nuclei of egg cells from an elephant with mammoth cells, which could then be planted into an elephant womb.

Sooam admits the process will be tough, but the researchers feel they’ll be able to achieve the goal, as they have a history of successful clonings, which include a cat, cow, dog, pig, and wolf.