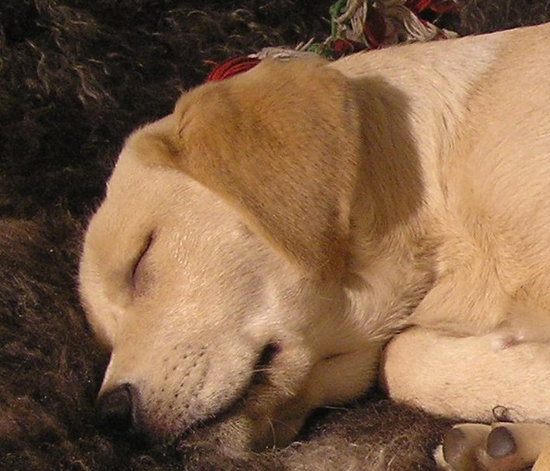 We’ve all been there. Your pet gets sick, dies, and then you send off their genetic material to South Korea to have them cloned. Maybe not that last bit. That’s what Edgar and Nina Otto did, however, when their precious Sir Lancelot died of cancer four years ago. Now the cloned dog, Lancelot Encore, has produced offspring the old-fashioned way and fathered eight adorable puppies. Which, in a way, makes him both their father and grandfather.

The Ottos state that the odd thing about Lancelot Encore is how much his behaviors take after the dead dog. Observers might note that this makes sense because, you know, he’s a clone. He has every genetic marker of the original Sir Lancelot.

The eight puppies were born this past 4th of July and have equally patriotic names to show for it. The roster, according to the Sun Sentinel, is as follows: Star, Victory, Glory, Patriot, America, Independence, Allegiance, and Liberty. Suddenly, the Pledge of Allegiance has taken on an entirely new meaning.

The puppies were born naturally and without the need for South Korea to play a part. Still, the family tree seems a bit recursive now. The couple plans to only keep one of the eight darlings. Depending on how they plan to distribute the others, America might be on sale or Independence could be free. Results may vary.

(South Florida Sun-Sentinel via Death and Taxes, The Daily What, image credit via Sini Merikallio)