Magic: The Gathering Removes Racist Cards From the Game in First Step to Correcting Core Issues 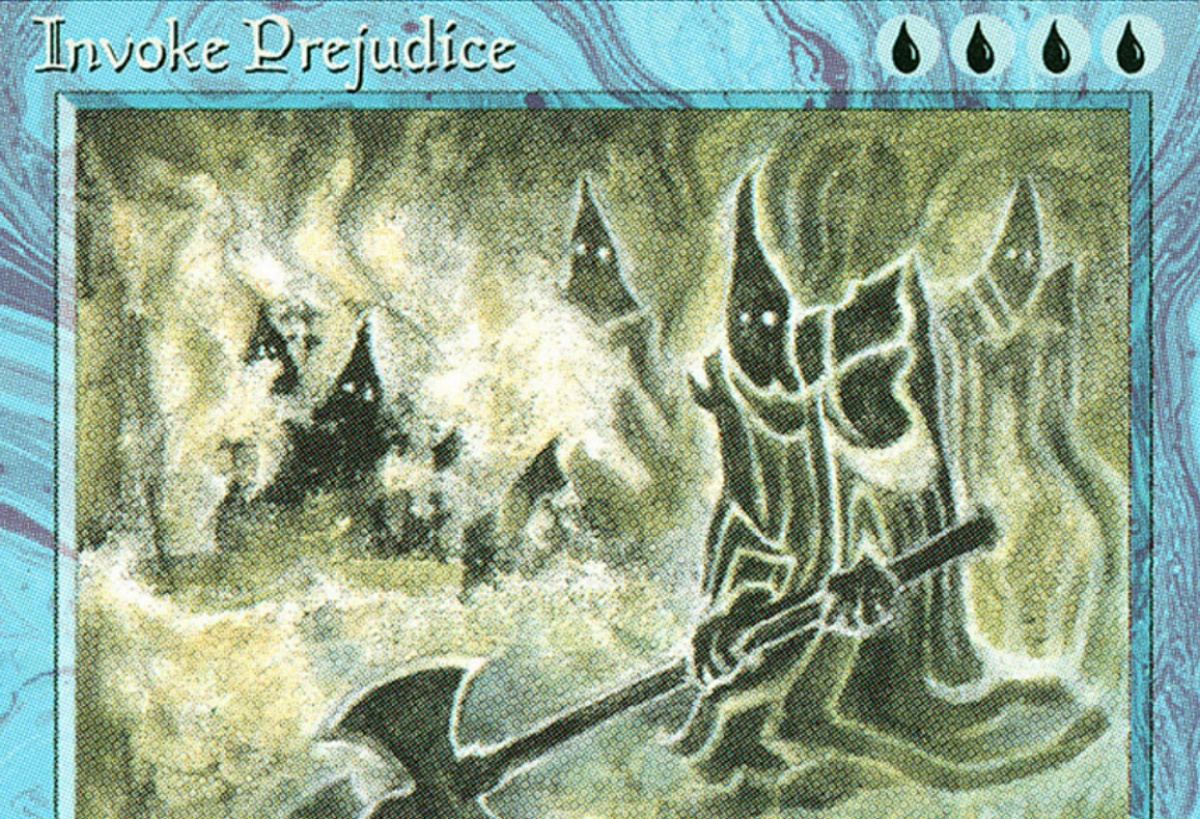 Zaiem Beg delivered a powerful callout of Magic: The Gathering publisher Wizards of the Coast and their lack of diversity in the creative parts of their team, how they have treated potential Black employees, and just a number of problematic issues that come from a company that is overwhelmingly white. One change that has been made quickly is the removal of the card Invoke Prejudice.

Invoke Prejudice, as Beg explains, was a card that was published over 25 years ago. It featured shadowy, pointy-hooded figures with axes. The card allows you to counter a spell of the opposite color to ones you control, unless the player pays extra to summon it. It is … not subtle. 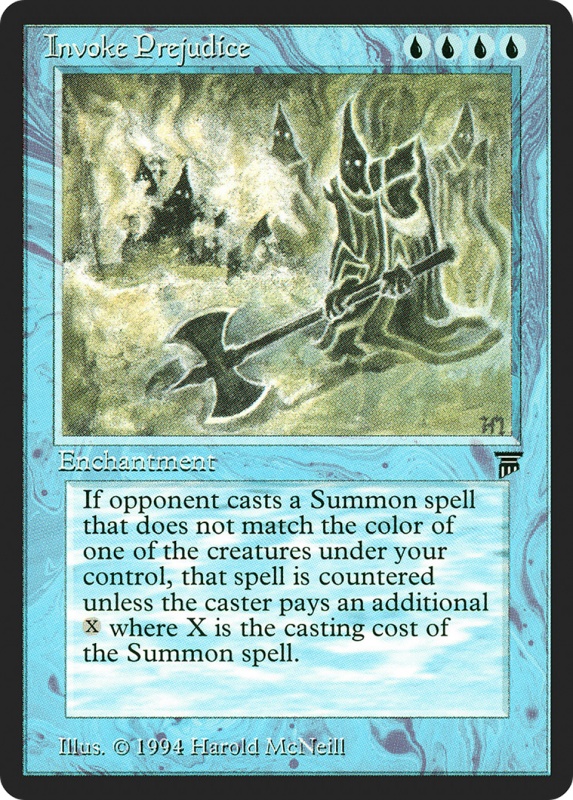 Beg’s concern was not that this dated card existed, but the fact that the code for its URL (something that did not exist 25 years ago) was 1488, a hate symbol that is invoked by white nationalists and neo-Nazis, and no effort had been made to change it.

Yesterday, Wizards of the Coast released a blog post addressing these issues and claiming that they are going to use this call to action as a way to learn how to be a better company when it comes to race:

Today, we will be changing the multiverse ID and removing the Gatherer card image for the card Invoke Prejudice, originally printed in 1994. The card is racist and made even worse by the multiverse ID it was unfortunately codified with years ago. There’s no place for racism in our game, nor anywhere else.

But to that point, it should never have been published nor placed in the Gatherer. And for that we are sorry. The events of the past weeks and the ongoing conversation about how we can better support people of color have caused us to examine ourselves, our actions, and our inactions. We appreciate everyone helping us to recognize when we fall short. We should have been better, we can be better, and we will be better.

They have also removed the images of cards that are racist or culturally offensive including Invoke Prejudice, Cleanse,  Stone-Throwing Devils, Pradesh Gypsies, Jihad, Imprison, Crusade. The cards will also be banned in all sanctioned tournament play.

There’s much more work to be done as we continue to make our games, communities, and company more inclusive. Know that we work every day to be better and that we hear you. We look forward to sharing more of our plans with you as our games and organization evolve.

As someone who has come into Magic recently as a writer, a player, and just a fan of the mythos, there is a lot I do not know. However, one of the few things I can speak to is the lack of seeing women who look like me in the rooms, in the streams, and in the big channels that celebrate Magic. There are so many talented Black artists, writers, and creatives who would be excellent for when we visit these African-inspired planes. Plus, with the number of Black female characters who have joined the Magic universe as planeswalkers—Kaya, Vivien, and Samut—how often have Black women or women of color worked on them?

Even just discussing art, when I would look back at some of the ways Black characters were depicted (mostly in the past), there was a lack of phenotype, so it was hard to tell if someone was just “Brown” or if they were a Black person or a person of color period (*looks at Sisay*).

The changes that need to be made are simple ones. Finding talented BIPOC artists and writers is not hard, but they will not come if they don’t feel encouraged by the community and company that they matter. Removing this card and making this statement is the first step, but I hope they have reached out to Black and Brown Magic people to see what the solution should be, because if that isn’t happening, this is all for naught.

This is a good first step. https://t.co/1jVepxLFOn