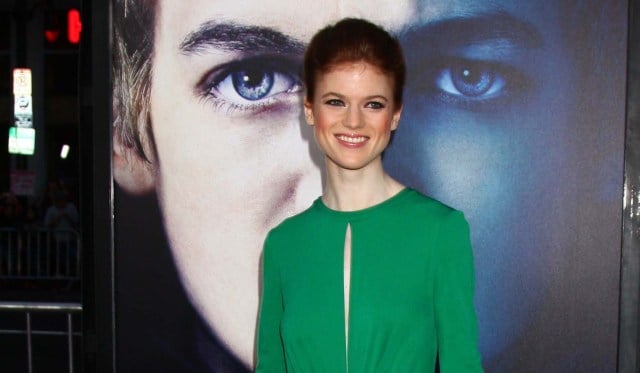 And no, they’re not just recasting with redheads.

The Wrap says Ruth Wilson will not be returning as Alice Morgan for the two-part extension to the hit series. Previously word was Idris Elba would be returning, not for a fourth season, but a movie instead. They eventually settled on a miniseries.

But geez, Luther without Alice? That’s a bummer. The Wrap goes on to say:

Michael Smiley and Dermot Crowley are also returning to reprise their roles, as Benny Silver and DSU Martin Schenk respectively, but the BBC America two-parter is otherwise filled with new faces. “Game of Thrones” breakout star Rose Leslie has joined the series. Her fiery red hair is certainly reminiscent of Wilson’s Alice character, but Leslie will play the character Emma Jones.

Meanwhile, Elba has posted on his social media accounts to get fans excited.

First day back to set of John Luther….stand by East London. pic.twitter.com/tkALv7zO9L

“It’s very exciting to have Idris Elba back as DCI John Luther and to be in East London shooting the show’s fourth installment. Neil Cross has pulled out all the stops to make this the biggest, scariest story yet, and it’s a privilege to welcome such a glittering array of acting talent to our already stellar cast,” said executive producer Elizabeth Kilgarriff.

(via Empire, image via s_bukley / Shutterstock.com)