Is Lupita Nyong’o Going To Be In Star Wars: Episode VII? Let’s Wildly Speculate Together! 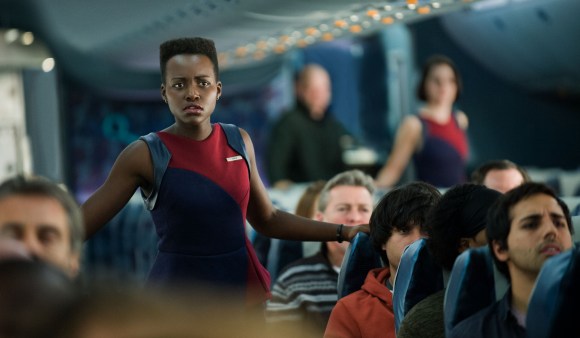 According to the Hollywood Reporter, Oscar-winning actress and all-around awesome person Lupita Nyong’o recently met with J.J. Abrams, apparently regarding a lead role in Star Wars: Episode VII. Now, what that role is or whether these talks will lead anywhere is difficult to see. Always in motion is the future.

Now Nyong’o’s name has surfaced in connection to Star Wars. Because of the secrecy, it is unclear which role it could be. One possibility is that of a descendent of Obi-Wan Kenobi, which has been described as a non-Caucasian role. That is separate from the search for two roles, female and male, for characters in their twenties.

The Latino Review also reported on the story, stating that their attempts at confirmation didn’t go far.

Calls were made to Lupita’s reps and they responded, “We’re not allowed to talk about that.”

A vague dismissal of something worth keeping secret, eh? That works for me.

I have to admit, I’ve been feeling cautious toward the new Star Wars. My love for the franchise lies primarily in the original trilogy (though I’ve dabbled beyond it), so I haven’t set my heart on Episode VII yet. This rumor, though, has planted a rather compelling scene in my head. It looks something like this:

The twin suns of Tatooine rise over sand dunes. A JEDI sits facing them, her eyes closed in meditation. Three rocks hover in front of her.

A party of TUSKEN RAIDERS approach from behind, stealthily, preparing for attack.

The JEDI opens her eyes. The rocks fall. She stands calmly and faces the Raiders. She throws aside her cloak to reveal her lightsaber. It is Obi-Wan’s.

Now cast Lupita Nyong’o in that role. Tell me you wouldn’t watch that.