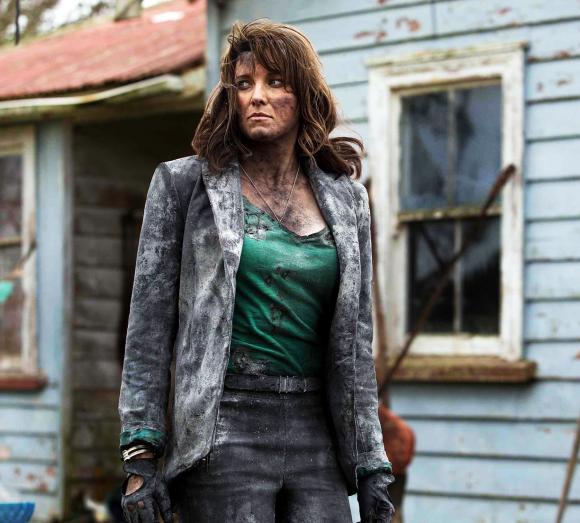 Groovy things come to those who wait: the first image of Lucy Lawless as Ash vs. Evil Dead‘s Ruby has finally been released, and the genre fave looks ready to take down Ash (and whatever Deadites get in her way).

I know my excitement for this series is a little premature, but I love that so far all of the descriptions of Lawless’ character have focused on her singular desire to take down Ash. The “vengeful loner bad-ass” is a typically male trope, so it’s refreshing that Lawless is being hyped as a force of nature, rather than a romantic foil (or any of the other typically gendered roles usually assigned to female characters).

What do you think so far, friends? Are you as excited for Ash vs Evil Dead as I am?