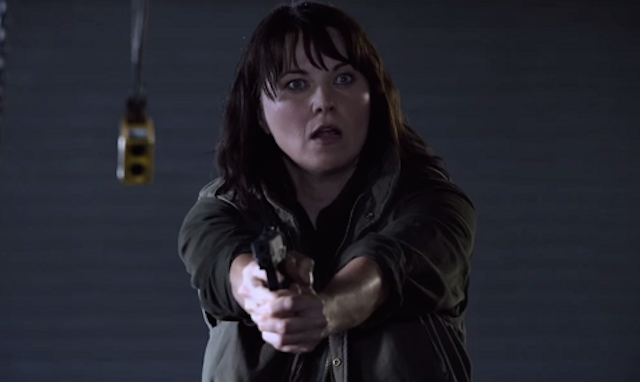 Or maybe she’ll stomp Ash’s ass? It’s not clear yet, but there had better be some Xena-ass-stompage to be found. Aiaiaiaiaiaiai!

Bruce Campbell has confirmed Lucy Lawless will appear in the upcoming Ash vs. Evil Dead tv series in some capacity. After a previous interview in which Lawless made some remarks about Campbell not “ruining her franchise,” he said to Blastr, “Dear Ms. Lawless: Hit your marks, say your lines, or you’re fired,” and, “She’s going to be on the show.”

Yes! Nothing will ever fill the chakram-lined hole in my heart from the lack of Lawless in any of the final season of Parks and Recreation, but this is a nice consolation prize.

Campbell went on to add,

We just added her to our cast, and I got to tell you, I couldn’t be happier. Some actors you work with and you know that you’re going to fail the chemistry test. There are some that you know you won’t fail it. She’s great; I worked with her a lot in the Xena days, and it’s great to have her on Ash vs. Evil Dead.

Details on just what part she’ll play or how involved she’ll be a scarce to non-existent, but Ash himself did mention that her ability to play “extreme characters” would be put to good use, so get excited. Campbell expects her to be a show-stealer just as much as we do:

I expect her to hog every one of our scenes, and I’ll let her because she’s Lucy Lawless; we want her to be happy on the show and we have a very good part for her.