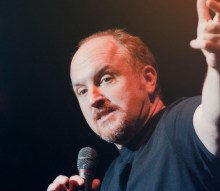 As you are probably aware, Louis CK is a fantastic comedian. In the past couple of years, he’s really hit his stride with the release of several comedy specials and the launch of his critically acclaimed TV show Louie. For his most recent release, however, he decided to shake things up a little bit and sell Live at the Beacon Theatre direct to his fans via Paypal for a paltry 5 dollars. No middle-man, no DRM, no hassle, no fuss. At a time when many content holders are pushing for SOPA and trying to DMCA takedown the entire Internet out of existence, this move makes for a particularly interesting experiment. The result? He made money.

The special was released on December 10th, and accompanied with a statement from Louis regarding potential pirates. On the website where the special is available for purchase he said:

To those who might wish to “torrent” this video: look, I don’t really get the whole “torrent” thing. I don’t know enough about it to judge either way. But I’d just like you to consider this: I made this video extremely easy to use against well-informed advice. I was told that it would be easier to torrent the way I made it, but I chose to do it this way anyway, because I want it to be easy for people to watch and enjoy this video in any way they want without “corporate” restrictions.

Now, after 3 days of sales, Louis made a post disclosing his earnings so far, and they sure aren’t nothing. Again, from the site:

The show went on sale at noon on Saturday, December 10th. 12 hours later, we had over 50,000 purchases and had earned $250,000, breaking even on the cost of production and website. As of Today, we’ve sold over 110,000 copies for a total of over $500,000. Minus some money for PayPal charges etc, I have a profit around $200,000 (after taxes $75.58). This is less than I would have been paid by a large company to simply perform the show and let them sell it to you, but they would have charged you about $20 for the video. They would have given you an encrypted and regionally restricted video of limited value, and they would have owned your private information for their own use. They would have withheld international availability indefinitely. This way, you only paid $5, you can use the video any way you want, and you can watch it in Dublin, whatever the city is in Belgium, or Dubai. I got paid nice, and I still own the video (as do you). You never have to join anything, and you never have to hear from us again.

I’d call that a pretty resounding success for the following reasons: It seems like the problem of piracy was pretty minimal, considering the number of sales. All the people who purchased the special are, in fact, getting a much more valuable product at a much lower price. Louis, who the fans are coming to see, is getting the money, not some random company who fans couldn’t care less about. And, the kicker, this is three days in. Granted, the purchases are probably going to drop off, but I’m a huge fan and I just haven’t gotten around to buying the thing yet. I’m sure I’m not the only one.

This serves as a pretty effective large scale proof-of-concept for direct-to-consumer sale of content, at least when the creator has an established, loyal fanbase and a few hundred thousand bucks to invest up front. It’s worth mentioning that while Louis seems to regard the experiment as a success, he won’t rule out “sign[ing] a massive deal with a company that pays [him] fat coin,” in the future, but all in all, things seem to have turned out pretty well. Here’s to Louis for taking the risk and trusting his fans to be generally good people who want to support artists. And here’s to us for actually going out and buying something when it’s being sold by the guy we actually want to give money to.

(via Louis CK: Live at the Beacon Theater)