Aren't you a little too WHITE and MALE to be a stormtrooper? 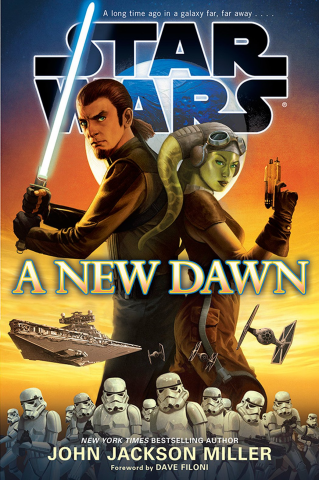 I felt a great disturbance in the Force, as if millions of dudebros cried out in terror, and were suddenly silenced: according to HitFix, the first official Star Wars novel to be published since Disney’s rejection of the Expanded Universe reveals the galaxy’s inaugural canon female stormtrooper.

HitFix writes that in Chapter 22 of Star Wars: A New Dawn (way to bury the lead, John Jackson Miller!), a pair of stormtroopers head into a bar in search of a criminal. One of them is a woman. No big deal. 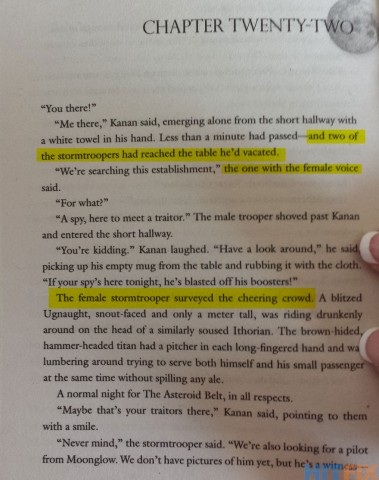 Considering A New Dawn‘s place in Star Wars chronology (set after the Clone Wars series but before A New Hope), that single, casual sentence negates the arguments of every bigoted fan upset over John Boyega’s casting or the possibility of female stormtroopers in the upcoming films. As Hitfix puts it, “by the time Luke, Leia, and Han were shooting their way out of the Death Star, any one of those Stormtroopers could’ve been a person of color…or even a woman.” That is the mic drop we were looking for, everyone. Hallelujah.

I’d argue that any fan who needed canonical justification to appreciate a person of color or a woman as a stormtrooper needs to get their priorities straight–loyalty to a fictional universe shouldn’t supercede representation, ever. Still, it’s nice to have Lucasfilm make this diversity officially-official.

In the words of John Boyega, “get used to it.”