Maybe This Loki Toaster Will Be in Avengers 2 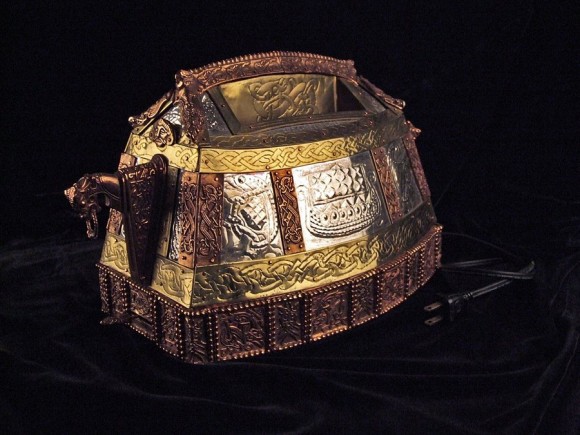 Tobias Dawson crafted this fully functional toaster from silver, bronze, brass, and copper, decorating it with Norse motifs, and then he named it the Toaster of Loki. Maybe that will soften the blow when I let you know that, as confirmed by other folks involved and strongly suspected when it was announced at SDCC that Ultron would be the villain of Avengers 2, Tom Hiddleston has confirmed that Loki will not be appearing in the film.