New Live Action Hansel & Gretel In The Works, Sadly Will NOT Have Jeremy Renner

But it does have Neil Gaiman, so... fair trade-off. 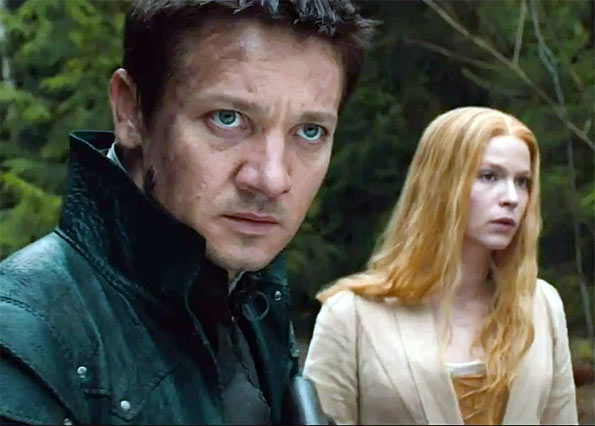 Were you hungering (jokes!) for another interpretation of the Brothers Grimm’s Hansel and Gretel story? Because you’re going to get one, and this time it might actually be a legitimately good film. No, really: Neil Gaiman is involved. It can’t get much better than that.

Producer Juliet Blake, who recently worked with Oprah Winfrey and Steven Spielberg on The Hundred Foot Journey, has acquired the rights to produce a film based on a soon-to-be-released Hansel & Gretel graphic novel by celebrated author Neil Gaiman with artwork by Lorenzo Mattotti. So yeah, probably no shotgun-wielding siblings and schlocky violence like the stuff we saw in last year’s Hansel & Gretel: Witch Hunters. Although the book doesn’t come out until October… fingers crossed?

“For me, retelling Hansel and Gretel was a way of telling an old tale in a way that made it immediate and true, and about us, now,” Gaiman said about the graphic novel. “It reminds us of how paper thin civilization really is. It’s about hunger, and about families.”

In addition to The Hundred Foot Journey, Blake’s previous credits include 2012’s Valley of the Saints, TED Talks Education for TED and PBS, and several programs for the National Geographic channel. Gaiman said of her, “I’m thrilled and delighted to be working with Juliet Blake to bring Hansel and Gretel to the world again, and to show people how much this story has to say to us.”

By the way, if you are a fan of  nonsensically cheesy dialogue, anachronistic medieval badassery, and shirtless Jeremy Renner, I do highly and unironically recommend Hansel & Gretel: Witch Hunters on Netflix as a fun, schlocky B-movie. There’s a scene where Hansel explains that because of all the candy the witch made him eat as a child, he is now a diabetic. Seriously. They call it the “sugar sickness.” How do you not love that dorky that is?