Preparing for a 20*mumblemumble* release. 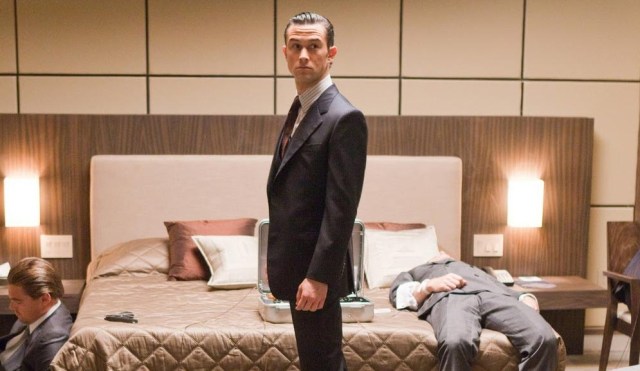 We know Joseph Gordon-Levitt has been working on developing The Sandman for quite some time. In an interview with Moviefone the actor updates us the progress so far:

Right now we’re working on a script. It’s me and [David S.] Goyer and the screenwriter and Neil Gaiman, as well as the good folks at DC and Warner Bros. It’s a really cool team of people. It’s a lot of the same people who worked on the Nolan Batman movies. It’s really exciting. There’s not a script yet, we’re still kind of working it out because it’s such a complicated adaptation because Sandman wasn’t written as novels. Sin City was written as a novel. Sandman is 75 episodic issues. There’s a reason people have been trying and failing to adapt Sandman for the past 20 years.

Gaiman previously mentioned he didn’t know much about the project but that he was meeting with JGL to discuss it. He also gave confirmation that writer Jack Thorne was working with them on the film. Thorne was familiar to Gaiman as he was also working on the film adaptation of his book The Ocean at the End of the Lane.

Gordon-Levitt, who will appear in Sin City: A Dame to Kill For this weekend, also noted he was a fan of those comics growing up:

I love the stark, graphic black-and-white aesthetic. I’m no good at drawing but I remember when I was young, just having fun sketching stuff. But what’s really fun, I don’t know if you’ve ever tried it and Frank Miller is the master of it, but you cover a page with India ink and scratch out the white from the black. So you’re not drawing in black lines, you’re drawing in white lines. And it’s so much fun. Then the light is the exception and the shadow is the rule, versus the opposite. Frank Miller is just the opposite of that!

But as far as The Sandman goes, things are still in the very early stages. “We’re still in the middle of it, so I don’t want to make any claims, but I think we’ve got the right ideas,” he told Moviefone. “It’s such a huge world. We’re definitely talking about in terms of a whole world.”