Get your money ready. 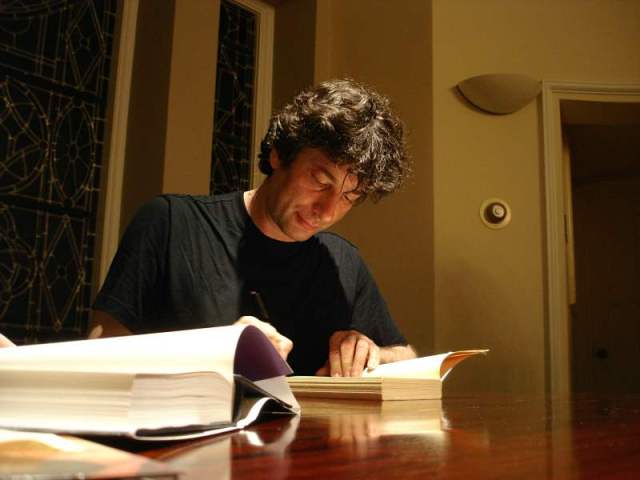 A Tumblr user asked, “I feel like you’ve written enough short stories since Fragile Things to warrant a new collection. Any chance of publishing one soon?”

Funny you should mention that, Gaiman replied:

I’m finishing the very last short story of the next collection RIGHT NOW. Everything else has been written: the stories, the introduction, all that…

It’s being published in February, and it will be called TRIGGER WARNING: Short Fictions and Disturbances.