Damon Lindelof Doesn’t Want To Give Too Much Away About Star Trek 2 But Is That A Klingon? 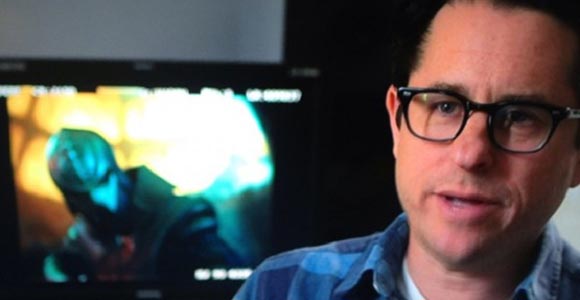 Producer Damon Lindelof, like everyone else involved with the film, has been tight-lipped about the details of the forthcoming Star Trek sequel but he recently did an interview with TrekMovie.com in which he talked about the film without actually talking about the film. He did, however, mention the first look of the film will likely be granted to the San Diego Comic-Con audience. There’s also this pesky image from the MTV Movie Awards with director J.J. Abrams which may or may not feature a Klingon.

Since the reporter knew Lindelof wasn’t going to give him any real details about Star Trek 2, he asked him about their blanket policy of keeping secrets instead.

“I have no idea who Joseph Gordon-Levitt is playing in Dark Knight Rises, I don’t know who Marion Cotillard is playing,” said Lindelof, echoing our own theories that Christopher Nolan has some surprises up his sleeves for The Dark Knight Rises. “I know who Anne Hathaway is playing and who Tom Hardy is playing but those are major roles and we are still a year out and I think our sort of desire to be secretive is really just driven by a timetable in which the movie comes out a year from now and we don’t want to flood the Interwebs with confirmations. We want to leave some air of mystery and intrigue surrounding the movie.”

Lindelof fundamentally believes that fans really don’t want to know all those details frequently given out by studios and used Ridley Scott’s Prometheus as an example of too much information being released about a film. “That has always been JJ’s brand since the beginning and something that always made sense to me,” he said of staying quiet. “I want to walk into Avengers and not know if there are Skrulls in it. That is the way I like to consume pop culture storytelling.”

But Abrams himself may have given fans a hint during a recent skit on the MTV Movie Awards. The video starred comedian Joel McHale but featured several others from Hollywood in a mock-interview setting. Frozen on a monitor behind Abrams was the image of what appears to be a Klingon (above).  HitFix.com says they have confirmation it is a scene from Star Trek 2 but, “We asked our sources at the studio today to comment, and while they were reluctant to go on the record, they were careful to point out that the image wasn’t included in the clip by accident.”

Whatever the truth is, we won’t know it for a while. Probably not even until after SDCC when there’s a possibility of some footage being premiered. “I’m not going to confirm or deny that,” said Lindelof. “Our feeling is, that if we can get something together that is worthy of showing on that timetable, then we will most certainly show it. But, if it is sub-par or not ready or requires more post-production, then nobody at Comic Con is going to want to hear us say ‘hey this is very temporary, but we wanted to show you something.’ We need to put our best foot forward.”

I think you’ve got that last bit wrong, Damon. Star Trek fans will be happy to see anything, finished or not.

TrekMovie.com will have Part 2 of their interview with the producer up tomorrow. What do you think about detail reveals? The possibility of Klingons?