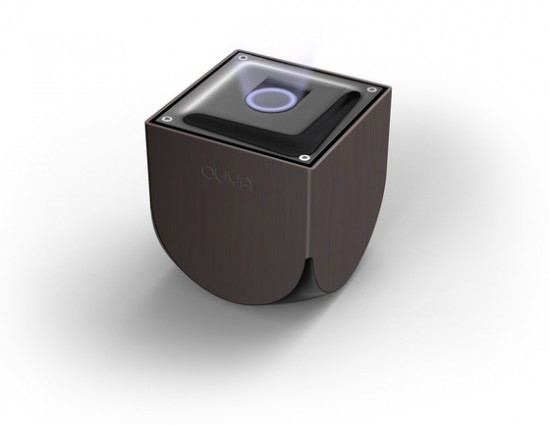 Getting tired of hearing about the OUYA? Too bad! Here’s a bit more. The little Android-powered gaming machine has entered its final week on Kickstarter and has revealed even more of its cool features. It turns out that it’ll be getting the music video service VEVO, as well as a sexy new limited edition console for early backers. The OUYA has exploded and it seems like everyone wants in. But how much success is too much success? Will the new announcements compromise the OUYA’s original mission?

It seems like everywhere you turn, you hear about the OUYA. It’s going to have OnLive, it’s going to have Robert Bowling, it’s even going to have Final Fantasy III! It was announced yesterday on their Kickstarter page that it would have another nifty little feature: VEVO, a music video website run by three giants of the music record industry, Universal Music Group, EMI, and Sony Music Entertainment. VEVO features over 50,000 videos from such artists as Nicki Minaj, The Killers, and even the great Justin Bieber. OUYA founder Julie Uhrman specifically had this to say:

Until now, we have been all about games and gaming, but–as many of you have noted–OUYA can go far beyond that. Because it’s based on Android, it can support anything built on Android–the sky is the limit. It’s with that dramatic preamble that we say this:

We’re bringing the party back to the family room! OUYA is partnering with VEVO
– the world’s leading all-premium music video and entertainment platform.

Something isn’t quite right here. The world’s leading all-premium music video platform? Universal Music Group? Justin Bieber? This doesn’t sound like the console that we first heard about on July 10. Before we heard Uhrman say the above, we heard her say this:

This is a big undertaking. Effectively, we’re trying to disrupt an established industry. It takes a lot of guts and courage. If I wasn’t a female, I’d say big balls.

Despite all this, we got some good news from OUYA’s update. Early backers can order a limited edition OUYA console by adding $40 to their original contribution. The color of this edition, referred to as “Brown Brushed Metal,” was personally picked out by Yves Behar. Although it isn’t a huge leap from the console’s standard color, the new version manages to add just a dash of classiness to the tiny game box.

We also got confirmation that the buttons on the OUYA’s controller would read O-U-Y-A, which is a pretty cool idea. Plus, that means it has a “Y” button which will be sure to cause hours of hilarity!

“Which button do I push to jump?”

“Because I need to jump over this rock.”

“Because I want to play the game!”

And so on and so forth. We imagine that has happened throughout the history of console controllers with a Y button.

The OUYA may have sold its soul, but that hasn’t stopped it from raking in the support of over 48,500 backers. Whether it will sink or float, the OUYA is certainly making a splash. Take a look at the limited edition controller and the new buttons! 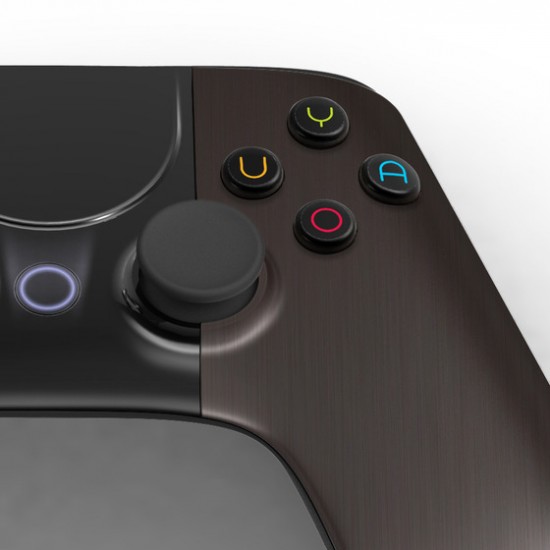