A Slew of Indie Bundles All Over the Web 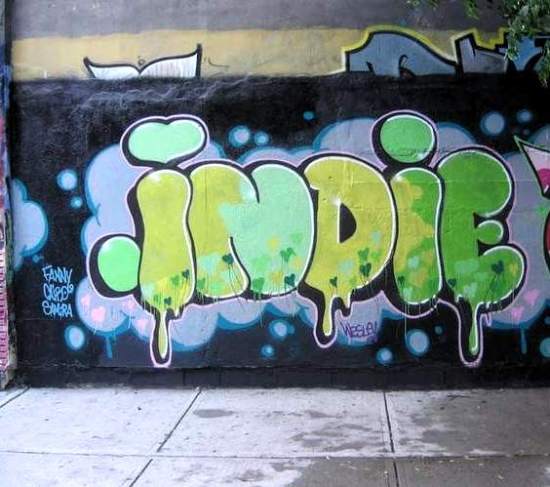 Steam decided to re-release their 11 Indie Bundles all at once as “Indie Bundle Madness.” Now’s your chance to get in on anything you missed during the Summer Sale! Steam isn’t the only kid on the block, though; bundles from Indie Gala, Indie Royale, and Groupees make for a tough decision about where your hard-earned cash is going. Geekosystem is here to help! We’ll be taking a look at the bundles in question and helping you decide which ones will make both you and your wallet happy. That said, good things can’t last forever, so you better get your hands on these great deals before they disappear for good.

Let’s jump right in with the Steam’s bundles: We have all 11 bundles from the Summer Sale on display with some truly great games up for grabs. A few games like Braid and Oil Rush have been switched out with other titles, but aside from that, the bundles are the same $10 bundles we saw a few weeks ago. The bundles will only be here until Thursday 7 PM Eastern Time, so buy quick!

The first bundle you really can’t pass up is the first one. Indie Bundle I really brings the thunder with the better-known indie games Cave Story+, Edge, and The Baconing, and tops it off with the awesome Anomaly: Warzone Earth and Lone Survivor. You get a great sampling of indie gaming’s all-stars with this bundle, which makes it a great pick for anyone who hasn’t really gotten into indie games and wants to see everything they have to offer.

Bundle number four also has some great offerings. You get a great variety of games with A Valley Without Wind and Blocks That Matter, strategy game Atom Zombie Smasher, the shooter Sanctum, and an aesthetically brilliant adventure game Superbrothers: Sword & Sorcery EP. Again, you get a great sampling of indie games; but you may not have heard of some of these before.

Indie Bundle VI offers games that are a bit more cerebral than those in the other bundles. Carefully navigate your way through obstacles while plummeting towards earth in AaaaaAAaaaAAAaaAAAAaAAAAA!!! for the Awesome, wage nuclear war in DEFCON, synthesize chemicals in SpaceChem, unravel your past after a deadly car crash in Trauma, and carefully plan your strategy in a digital adaptation of the board game Ticket to Ride. These titles will keep you thinking and make a great bundle for puzzle-lovers and strategists alike!

And last but not least, we recommend Indie Bundle X to anyone who just wants something a little different. These games are deliciously offbeat and quirky. The funny and original two-stick shooter All Zombies Must Die is the only game in the bundle less than a year old. You then have the sublime music and rhythm platformer BIT.TRIP RUNNER, and the top-down shooter Beat Hazard to change up your perception of music in games. The list finishes off with two older games: Eufloria and Machinarium. Both games are from 2009 and both games have names that spellcheck has a problem with; but despite that, the games are two gems that will turn everything you thought about video games on its head.

But, as we said, Steam isn’t the only kid on the block. Indie Gala, Indie Royale, and Groupees are all offering up great bundles on their websites. You would be doing yourself a disservice if you didn’t give these games a look.

There are a lot of cool things about Indie Gala’s seventh bundle. You pay what you want, you get to decide how to divide what you pay for your purchase (charity, the developers, or Indie Gala), and there are even more cool games yet to come. You get seven games if you pay more than the average purchase and three if you don’t. The games in this bundle are incredibly well done. It’s hard to tell them apart from a lot of games from big game studios. Two games that we really like are Rig’n’Roll, an open world truck-racer with a ton of additional content, and Death to Spies, a stealth game in the vein of the Hitman series. Check back in next week to see what games are added to the bundle.

Next is Indie Royale’s July Jubilee Bundle. This bundle really lays on the nostalgia. All the included games feel like you could be playing them on an SNES. Oniken will get you feeling like you’re playing an old-school Japanese side-scrolling action game like Contra or Gunstar Heroes, and Switch Stitch brings you back to the days of vector graphics and takes a fresh spin on the classic overhead shooter. The July Jubilee Bundle has a minimum cost that gets driven up the more people buy. The sale lasts for a little less than three days more, so you better hop on over to Indie Royale before you miss out!

And finally, we have Groupees’ second Build-A-Bundle deal. You pay what you want for up to 16 games of your choice. How cool is that? The games in the bundle are pretty damn good, too. You have a huge selection, including the as-ridiculous-as-it-sounds first-person shooter Dino D-Day, the side-scrolling survival horror game Deadly 30, the creative adventurer Tiny Bang Story, and even the infamous POSTAL. You better hurry to jump on this deal, as you only have about four more days before the clock hits zero!

Well, there you have it. Go out there and buy some indie games.