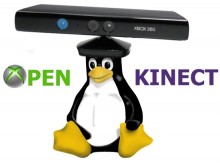 While Microsoft’s Kinect motion controller was met with somewhat mixed reviews when it made its debut yesterday, even its detractors acknowledged that it’s an innovative piece of hardware. Now, the open source community wants to harness that potential for uses beyond XBox 360 games — and Microsoft is none too happy about that.

New-York based DIY electronics company Adafruit Industries has placed a $2,000 bounty on an open-source driver for the Kinect. Initially, they had placed it at $1,000, but after finding out that Microsoft disapproved of the contest — A Microsoft spokesperson told CNET that “Microsoft does not condone the modification of its products … With Kinect, Microsoft built in numerous hardware and software safeguards designed to reduce the chances of product tampering. Microsoft will continue to make advances in these types of safeguards and work closely with law enforcement and product safety groups to keep Kinect tamper-resistant” — Adafruit bumped the bounty up by $1,000.

What do we (all) want?
Open source drivers for this cool USB device, the drivers and/or application can run on any operating system – but completely documented and under an open source license. To demonstrate the driver you must also write an application with one “window” showing video (640 x 480) and one window showing depth. Upload all of this to GitHub.

How get the bounty ($2,000 USD)
Anyone around the world can work on this, including Microsoft  Upload your code, examples and documentation to GitHub. First person / group to get RGB out with distance values being used wins, you’re smart – you know what would be useful for the community out there. All the code needs to be open source and/or public domain. Email us a link to the repository, we and some “other” Kinect for Xbox 360 hackers will check it out – if it’s good to go, you’ll get the $2,000 bounty!

While it’s an admittedly effective publicity stunt, Adafruit has come under some criticism in the open-source community for bothering to offer a bounty at all, on the grounds that a) some hardware hackers would probably do this for free anyway and b) such an end-goal would hinder sharing along the way.

Judging by the extensive amount of hacking the Wii homebrew community has done with Nintendo’s Wii controller, Microsoft faces an uphill battle in keeping the Kinect use strictly tied to the XBox 360.

Wired.com has a nice little article on how the Kinect works and how its motion-sensing tech represents an advancement over what came before it; meanwhile, iFixit has already subjected the Kinect to one of their signature hardware teardowns.