NASA Sustains Life on Mars on Earth With Promising Results 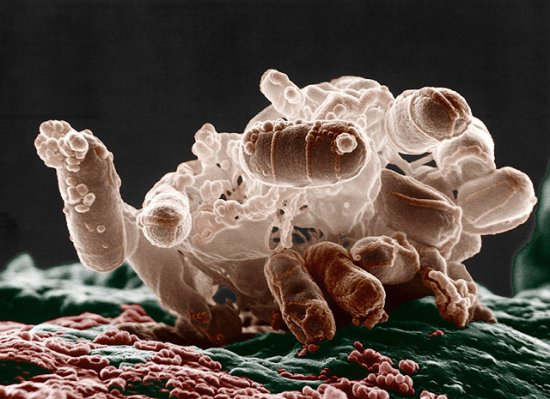 While the Curiosity rover and its newly remembered sibling Opportunity scan the surface of Mars for life and other oddities, it’s up to scientists back here on Earth to determine if life is even possible in the Martian climate. New research by NASA announced at the American Geophysical Union’s conference implies that it could be possible for Mars to sustain life. Scientists at NASA’s Goddard Spaceflight Center have seen bacteria live in simulated conditions similar to those on the surface of Mars. This could give scientists a better idea of where to look for life on Mars.

To recreate the harsh conditions of the surface of Mars, Alexander Pavlov and his team from the Goddard Spaceflight Center used a sample of salty dirt similar to what has already been detected on Mars and placed it under a bell jar with an atmosphere of carbon dioxide. The scientists cooled this environment with liquid nitrogen and then added water and a specimen of E. coli before gradually lowering the pressure.

As the pressure in the simulated environment fell below 23 millibars, the water started to boil. Enough water remained with the sample of E. coli for it to continue living for a few days. That’s an exciting prospect considering the simulated environment had an atmospheric pressure 40 times less than what we experience on Earth. There’s still a discrepancy between the simulated conditions and those on Mars, though.  According to NASA’s Mars Fact Sheet the average atmospheric pressure there is 6.36 millibars.

The simulated environment would have to further decrease its pressure to make a definitive statement about how well E. coli and other microbes could survive on Mars, but it’s still promising, and the severely decreased pressure relative to Earth shows that life could be possible on planets with thinner atmospheres than our own.

Pavlov holds out hope that other microbes known as extremophiles, those that thrive in the harshest of conditions, could do even better in similar environments. He said, “E. coli is not an extremophile, so if that microorganism can grow under low pressure then extremophiles can definitely grow.”

Perhaps similar studies can be done with extremophile microbes at even lower pressures. Might we suggest dropping the pressure down to about 6.36 millibars and seeing what happens? It’s a nice round number.

(via Wired, image via Microbe World)