'Answer the Call' made more money than 'Afterlife', but was still deemed a flop. GEE, I WONDER WHY. 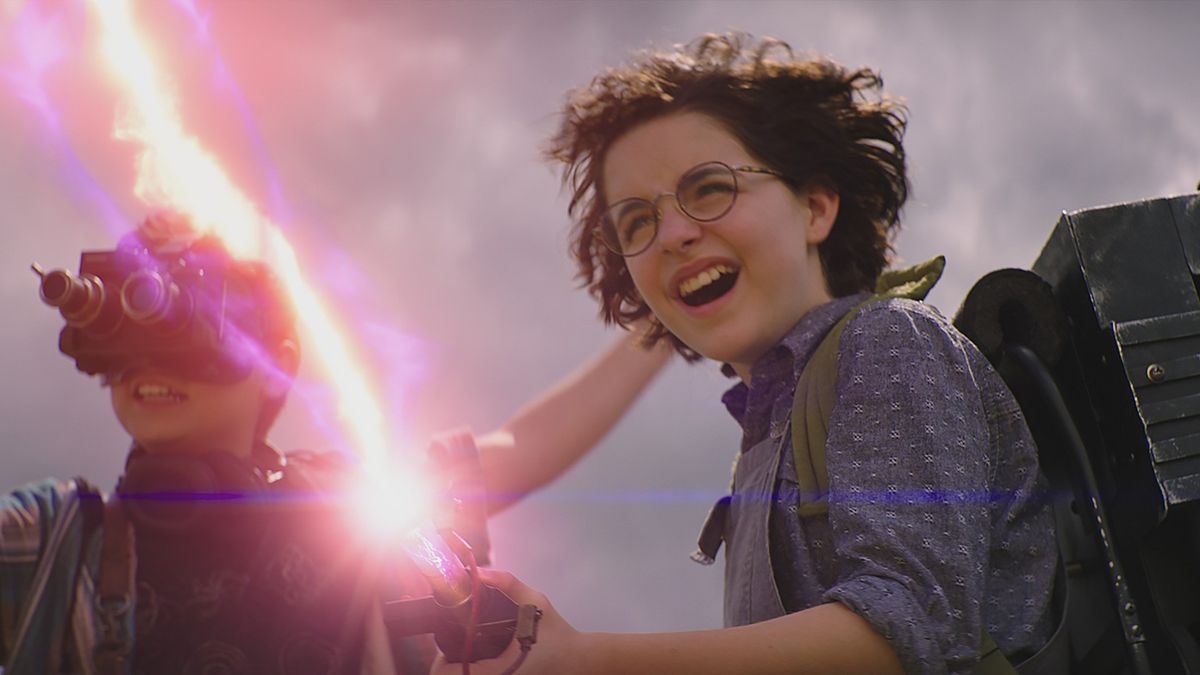 This weekend, Jason Reitman’s Ghostbusters: Afterlife hit theaters, claiming the top spot at the box office with a $44 million domestic debut. It’s a solid opening weekend given the pandemic of it all, and will likely earn more money this coming holiday weekend. And despite a less-than-enthusiastic 62% rating on Rotten Tomatoes, fans are loving the follow-up film, giving it a 96% audience score.

I saw Afterlife Thursday night, and as a lifelong Ghostbusters fan, I had a blast: the movie was funny, heartfelt, and delivered on all the warm fuzzy nostalgia fans want from the series. But I can’t help but be frustrated with how different the Afterlife narrative is from that of 2016’s woman-led Answer the Call.

Answer the Call was inundated with bad press and toxic fandom that started during the film’s production. Once fans learned that the film would center on four women Ghostbusters, played by Melissa McCarthy, Kristen Wiig, Leslie Jones, and Kate McKinnon, the angry men of the internet mobilized to tank the film, from downvoting the trailers on YouTube to flooding Rotten Tomatoes with bad reviews. There were also some virulently racist online attacks directed at Leslie Jones, which the studio did little to address.

Thanks to the relentlessly negative press, Answer the Call was deemed dead on arrival, despite earning $46 million its opening weekend. The box office narrative painted the film as a flop, and plans for a sequel were quickly scrapped. The Hollywood Reporter featured a headline that read, “‘Ghostbusters’ Heading for $70M-Plus Loss, Sequel Unlikely,” despite Sony saying nothing about a sequel.

In contrast, THR’s headline for Afterlife read “‘Ghostbusters: Afterlife’ Opens to Heavenly $44M.” And while it’s a fine opening weekend (during a pandemic no less), it’s made barely half of what fellow blockbusters like Black Widow, Shang-Chi, and F9: The Fast Saga have raked in.

Answer the Call made $2 million more than Afterlife did on opening weekend. And it received a 74% fresh rating from critics on Rotten Tomatoes (the audience score is a dismal 49%, given the online movement to trash the film’s scores).

There IS something strange in the neighborhood, and surprise surprise, it’s sexism. From the online hate campaign to the male-dominated world of entertainment journalism, it seems that men at large unilaterally decided that Answer the Call would be a flop, and that narrative stuck. Fueling this narrative was the respective budgets of the films: Answer the Call cost a hefty $144 million to produce and earned $229 million worldwide. In contrast (and likely due to Answer the Call‘s profit margin), Afterlife was made for a more modest $75 million budget, which is easier to recoup.

Paul Feig’s film Answer the Call was lambasted by angry misogynists who were furious that the original Ghostbusters, Bill Murray, Dan Aykroyd, and Ernie Hudson, weren’t reprising their roles (the fourth Ghostbuster, Harold Ramis, sadly passed away in 2014).

And the “ruined my childhood” discourse continued until it was announced that Jason Reitman (son of Ghostbusters director Ivan Reitman) would be picking up the reins for Afterlife. With Reitman on board, the film was hailed as a return to the roots of the beloved franchise. It’s impossible to quantify how the differing press and public response to the two films changed their box office outcome, but it undoubtedly affected each film’s release.

Reitman himself stoked the flames of fandom, promising “We are, in every way, trying to go back to the original technique and hand the movie back to the fans.” Reitman implied that fans of Answer the Call weren’t “real” Ghostbusters fans, which is an insult to both the fans and Feig’s film.

Both Afterlife and Answer the Call are solid films and welcome entries into the Ghostbusters canon, and they should be treated as such. Afterlife even has its own iconic female lead in Mckenna Grace’s phenomenal Phoebe. After leaving the theater, I couldn’t help but imagine what a crossover sequel might look like, with McKinnon’s Jillian Holtzmann mentoring young Phoebe in science and ghostbusting.

It would be nice to see Answer the Call folded into Afterlife‘s mythology, instead of being treated like the redheaded stepchild of the franchise. There should be room for fans to love both films.