Has Sony Given Up on a Ghostbusters Sequel, or Has Entertainment Media? 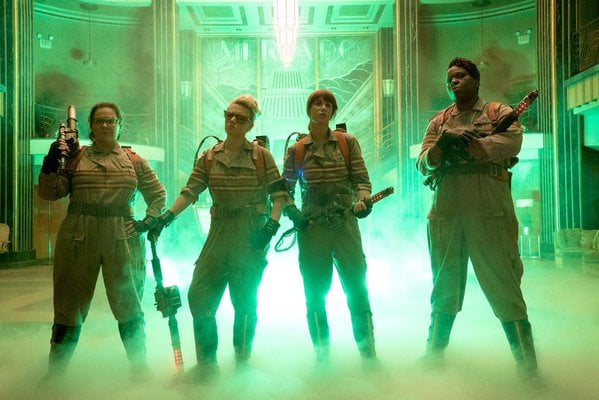 It seems as though some people are determined to paint Ghostbusters as this huge, embarrassing failure no matter what anyone says.

The Hollywood Reporter posted an article today that discusses Ghostbusters‘ potential $70 Million loss. The headline? “Ghostbusters Heading for $70M-Plus Loss, Sequel Unlikely.” Kinda sounds like a decision has been made, huh? Except it hasn’t, certainly not by Sony.

In fact, within the body of the article it reports that Sony has made no such decision either way, but weirdly connects that to its other Ghostbusters plans in order to draw conclusions:

Sony won’t comment on whether it has banished a sequel to the netherworld, but perhaps tellingly, a rep says the studio actively is pursuing an animated Ghostbusters feature that could hit theaters in 2019 and an animated TV series, Ghostbusters: Ecto Force, which is eyeing an early 2018 bow. Both are being guided by Reitman, who firmly is back in charge of the Ghostbusters empire via Ghost Corps., a subsidiary with a mandate to expand the brand across platforms. (It was former Sony film chief Amy Pascal who first embraced Feig’s vision for the live-action reboot, not Reitman or Rothman.)

Now, we’ve known about this upcoming Ghostbusters animated film since the end of 2015, and reported on the film finding a director in March of this year. Yet, with the sly phrase “perhaps tellingly,” this article presents its existence, as well as the existence of Ghost Corps. as a direct result of Ghostbusters’ box office. Ghostbusters was also a Ghost Corps. project! And yet, if you were to read this with no other information or context, you’d think that Ivan Reitman had nothing to do with Ghostbusters as a film, and created Ghost Corps. as a response to its failure.

What’s “telling” is the unnecessary dig at Amy Pascal, separating Reitman and Rothman from her as if Reitman didn’t also produce this movie. Why did that need mentioning? Oh right, because we want to make sure that people know that it was the woman in the equation who thought this movie was a good idea, and let’s all remember she’s not working there anymore. What’s frustrating is that a female writer wrote this piece.

I wonder if Spider-Man: Homecoming, also being produced by Pascal, will be credited to her if it succeeds, or blamed on her if it fails. 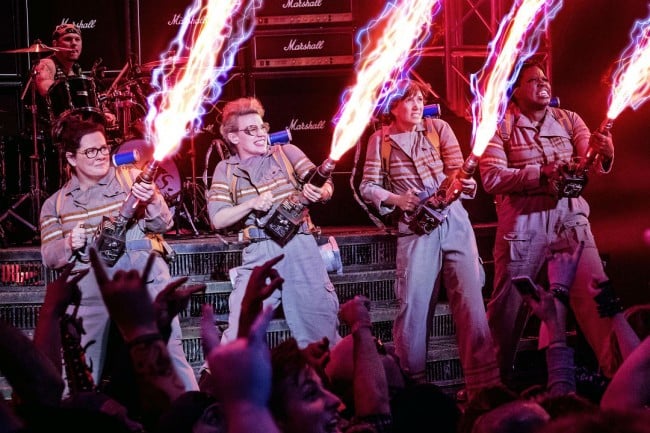 The piece then proceeds to quote veteran box-office analyst, Jeff Bock, about the chances of a Ghostbusters‘ sequel. He says, “Ghostbusters is on ice until further notice. I just can’t fathom the creative talents behind it — Feig, McCarthy, Wiig, etc. — slogging out another one when the reception to the first one was so mediocre.”

Was it, though? Ghostbusters was #2 at the box office its opening weekend, according to Box Office Mojo, which obviously isn’t #1…but is #2 “mediocre?” Is a mostly positive critical response mediocre? It seems that if Ghostbusters wasn’t perfect from the second it appeared in theaters, it would be branded a flop, talked about as if it were a flop, no matter what was actually happening.

And, of course, reportage like this affects the way audiences see movies. After all, why would someone go see a movie lots of people are already talking about in terms of inevitable failure. Self-fulfilling prophecy. If you call something unsuccessful long enough, it eventually becomes that. Those are the words people remember.

Meanwhile, Sony is doing their best to reverse that conversation. A rep for the studio said to THR, “This [$70 Million] loss calculation is way off. With multiple revenue streams, including consumer products, gaming, location-based entertainment, continued international rollout, and huge third-party promotional partnerships that mitigated costs, the bottom line, even before co-financing, is not remotely close to that number.”

I’m not trying to argue that Ghostbusters is more successful than it is. It could be doing a lot better right now. What concerns me is the way that the film is discussed and reported on, the way that male-centric films get to fail without much comment (see the “Sony hardly is alone in suffering from audience rejection of sequels this summer. But…” qualifier in the THR piece), whereas this film that audiences and critics actually like, this film that’s still in theaters, this film that has already made back its budget, is being talked about like a harbinger of doom for Sony.

I bring these numbers up, because yes, Ghostbusters (1984) went on to make more than the current reboot is likely to. However, I think that has a lot to do with 1) Budgets and spending being overblown and ridiculous right now, and 2) the way people were ready to receive it, sight unseen. As nice as it would be to clearly and cleanly make this solely about numbers, the fact is that systemic, institutionalized sexism plays a part in all of this. It plays a role in how the entertainment press talks about a film leading up to it. It plays a part in the way films are analyzed. It plays a part in what we deem “mediocre,” versus the films that we think deserve “a chance.” Ultimately, it plays a part in what audiences are willing to go see.

And until Sony officially announces something one way or the other, I’m not going to assume it’s not happening.