Paul Feig Looks Back on Ghostbusters Backlash | The Mary Sue

Paul Feig Looks Back on Ghostbusters Backlash, Proposes Interesting Theory About Why It Happened

You know, besides sexism. 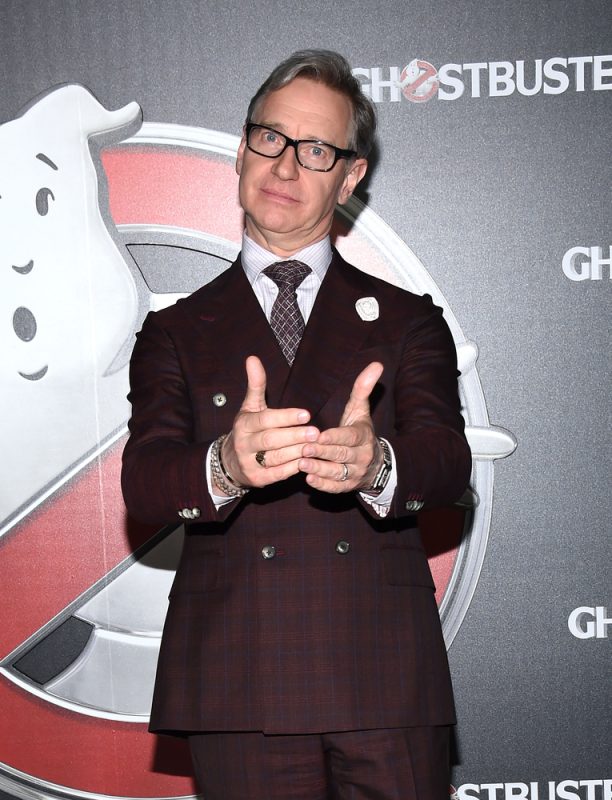 Ghostbusters: Answer the Call is currently available on Digital HD and Blu-ray/DVD, and at the recent New Yorker Festival, director Paul Feig was talking about some of the sexist backlash the film received now that he has some distance from the release and things have gotten a bit quieter. One thing he realized? There’s a generational difference between him and the guys for whom this reboot “ruined their childhoods.”

As reported by The Hollywood Reporter, Feig talked about the fact that his experience with the original Ghostbusters was very different from that of the generation immediately following his, and that the age difference might have something to do with the way each generation thought about the film. He said:

“When [the original] Ghostbusters came out, I was in film school and went to see it on opening night. I was 20 or 21 and went with my friends, and we thought it was the funniest thing we’d ever seen. I hadn’t seen anything like it. To see comedy done on that grand of a scale with special effects was a game changer. So for us it was an amazing comedy. What I didn’t realize was then a generation after, younger than me, that was a big deal for them. They would run around the neighborhood playing those characters, and for guys that was a big thing, that movie. I didn’t realize that. I just thought for everyone it was this amazing comedy, and what I love about it is it was this amazing showcase for [a group of] the funniest people working at the time — instead of this being trapped in amber.”

Not that boys deciding they want to play at being a heroic team is any excuse for sexism and assuming that girls wouldn’t be doing the same thing (many were!), but it’s an interesting thing to point out. For 21-year-old Feig, Ghostbusters was just a movie. A great, funny movie, but still just a movie. For the boys of the generation immediately after his, which I fall into, it was mind-blowing. We were the generation who didn’t just see the film Ghostbusters, but we played Ghostbusters. We had the toys. We watched the cartoon. And we constantly replayed for ourselves the narrative that it’s four men who save the day from ghosts. Boys took that narrative and ran with it freely. Girls had to either imagine themselves as male characters, imagine themselves as female ghostbusters that weren’t “real,” or they didn’t pretend to be ghostbusters at all, satisfying themselves with consuming the franchise without being able to contribute to it.

And so when a guy of Feig’s age grew up, he didn’t have the same associations with Ghostbusters that younger men do, so it just didn’t occur to him as a “boy thing.” And thank goodness for that! Because of that generational difference, girls today now have a Ghostbusters film in which they can see themselves. Here’s hoping that both today’s boys and girls stop dividing up stories and games and toys into “boy things” and “girl things.” Here’s hoping they can all just…play.