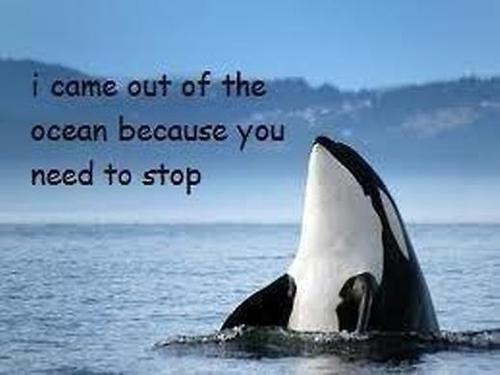 Some selfish opportunist recently leaked a video of Malia Obama smoking on Instagram, thereby officially getting themselves uninvited from every future party at Harvard, and of course the conservative and tabloid mediaverse soon picked it up. This came just days after garbage outlets like The Daily Mail tried to hunt down the identity of a dude she made out with at the Harvard-Yale game, and I worry that this is just the start of an exploitative cottage industry focusing on her very normal college student life.

So let’s say it right now: STOP. If you go to school with her, stop leaking these videos. If you are tempted to click on these stories, don’t. If you come up with a “funny” tweet to make about these pictures, don’t post it. If you are offered this material for publication, write an article about tax policy instead. Honestly, I hate drawing attention to these stories at all, which is why I’m not linking to any of the articles, but I feel like it’s also important to speak out against this repulsive “reporting” and all the chatter it engenders. Let the girl live and find something else to talk about.

Luckily, both Chelsea Clinton and Ivanka Trump took to Twitter to defend Malia’s privacy. This is one of the few sincere and decent tweets I’ve ever seen from Ivanka, but it’s also an indicator of how repugnant these stories are. I mean, when even Ivanka Trump doesn’t want to stoop to be complicit in your behavior, you need to a take a serious look at yourself.

Malia Obama’s private life, as a young woman, a college student, a private citizen, should not be your clickbait. Be better.

Malia Obama should be allowed the same privacy as her school aged peers. She is a young adult and private citizen, and should be OFF limits.

And yes, it goes without saying that other first children who are not actively involved in public life should also be protected from this brand of coverage. It was disgusting when the media followed the Bush twins to parties; it was gross when they made fun of Chelsea Clinton. And it’s still repulsive today. Nobody wants to read your ignorant speculation about whether Barron Trump is neurotypical, or your comments about his physical appearance; the kid already has to grow up with Donald Nightmare Trump as a father, so please show a little compassion and decency. (Donald Jr., Eric, and Ivanka are all grown-up adults with high-profile positions who put themselves in the spotlight to give speeches and media interviews, so they’re therefore totally fair game. Same with Chelsea Clinton.)

Malia Obama deserves to live her life in privacy, with room for all the fun, mistakes, and messiness that college is supposed to bring. She had to be impossibly poised and perfect when her father was in the White House, a gig she did not sign up for, and a gig that no teenager should have to deal with. And yet she still represented the U.S. with far more grace and dignity than about 65% of the current administration and Congress. So please let her enjoy finally having time for herself.

(Via The Chicago Tribune)