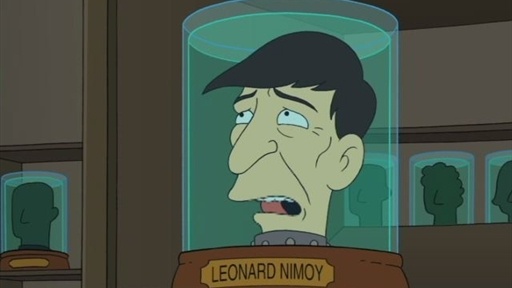 In an interview with The Toronto Sun, Leonard Nimoy has announced his retirement from acting.  Though the actor legendary among the sci-fi community for his role in Star Trek, the occasional voice acting credit, and odd affection for the works of J.R.R. Tolkien has taken several breaks from active duty before, he seems sincere that this is a lasting proposition.

“I want to get off the stage. Also, I don’t think it would be fair to Zachary Quinto,” he says, referring to the actor who portrayed a youthful Spock in last summer’s smash Star Trek relaunch. “He’s a terrific actor, he looks the part, and it’s time to give him some space. And I’m very flattered the character will continue.”

Though he acknowledges that he loves traveling the fan circuit, he has only a few more public appearances planned.  Among them, a stop off in Vulcan, Alberta.  This Canadian town was named after the Roman god in 1915, but that didn’t stop it from embracing Star Trek half a century later with a museum and a con.  Nimoy, a Boston, MA native, is also an honorary citizen of Vulcan.