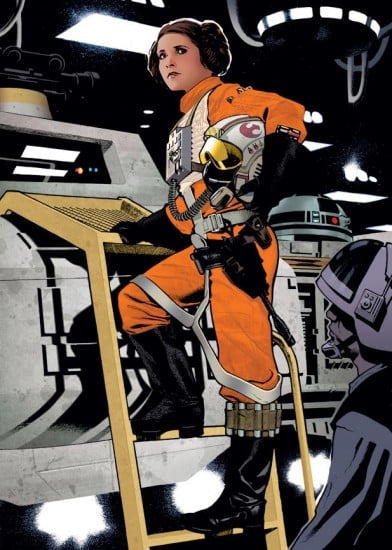 This is certainly some news I can get behind. Dark Horse Comics are putting out a Star Wars comic. “There have been Star Wars comics before,” you say. Ah ha! But this is Star Wars and only Star Wars – a series set during the original trilogy, with the cast you know and love. Writer Brian Wood (DMZ, Northlanders) takes the reins for this sci-fi excitement and oh yeah, Princess Leia is totally going to be an X-Wing pilot.

The plans, exclusively revealed on io9 today, sound like everything you’ve always wanted out of a Star Wars comic. With a cover (not the image above) from comic art master Alex Ross and interior artwork by Carlos D’Anda and Gabe Eltaeb on colors, Dark Horse is sure to have a hit on their hands.

Wood mentioned on his tumblr that LucasFilm asked for him personally, which is a huge honor. He said the series “will be set in the original trilogy, using the classic characters, and will pretend like its 1977 and no other films were ever made or books ever written aside from A New Hope.”

So where do we step into this story? Wood told Comic Book Resources, “Luke is hurting from the death of his family and Ben, Leia is in mourning for her family and her entire planet, while trying to shoulder the burden of managing the Rebellion alongside Mon Mothma. Han is still kind of a jerk. Luke only has the barest sense of what the Force is, and will attempt to learn what he can on his own.” 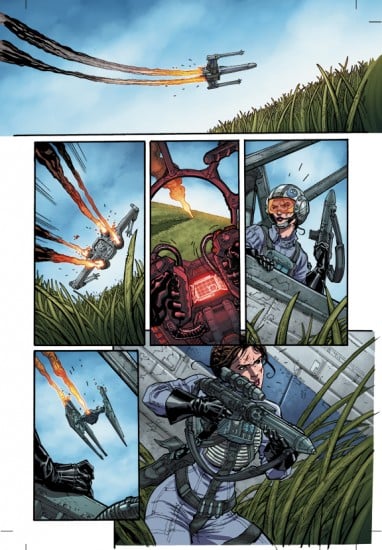 But Wood has some really interesting plans for Leia. “[She’s] not going to be sitting around in a gown attending a lot of meetings — she has her blaster and an X-wing and is out there with Luke and Wedge working on building the Alliance back up after losing so much. I really wanted to put Leia into the mix, holding her own in battle.”

Other than that, Wood faces a bit of a challenge, he has to remember to write like he’s in the 1980s and not the 2000’s. “I have to remember who the characters are at this point in time,” he told CBR. “To not write the Luke and the Han that I know, but write who they were in 1977. To stay in character. That’s harder than you might think since so much of who they are as characters developed in those later films.”