An Engagement Ring Fit For A Kick-Ass Space Princess 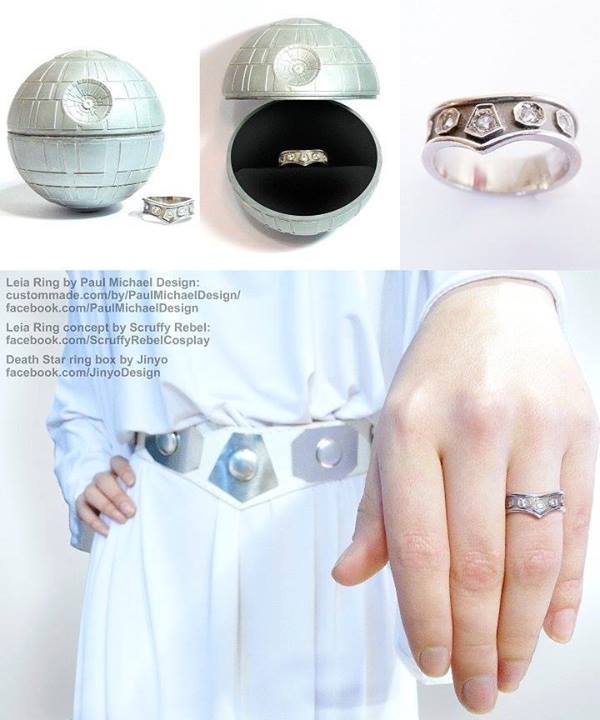 Victoria, aka ScruffyRebel, from Syfy’s Heroes of Cosplay got a fantastic moment captured on film during the finale. Her boyfriend Jinyo proposed while in Star Wars cosplay, with a Leia-inspired ring, and with an assist from the one and only Peter Mayhew. Just one thing, Victoria was wearing a Star Trek uniform. Awkward! Not really, but I had to say it. Because of the show, they couple had to keep the news under wraps for six months. I can’t even imagine. The ring was created by Paul Michael Design, who you may remember from their past geek-related work on the Adventure Time and R2-D2 engagement rings.