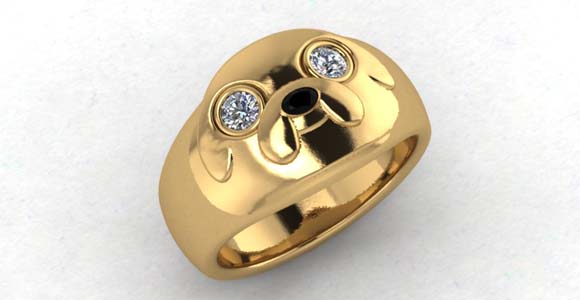 Comic creator Josh Adams (Doctor Who ongoing, Batman Odyssey) saw Paul Bierker’s R2-D2 ring we posted on The Mary Sue a while back and decided he needed to propose to his girlfriend Saori with an equally geeky engagement ring. Adams contacted Bierker with his idea – Jake taking the shape of a ring – and he made it a reality. We’re very happy to know we were at least in some way responsible for this happening. Hit the jump to see the finished product on Saori’s finger. 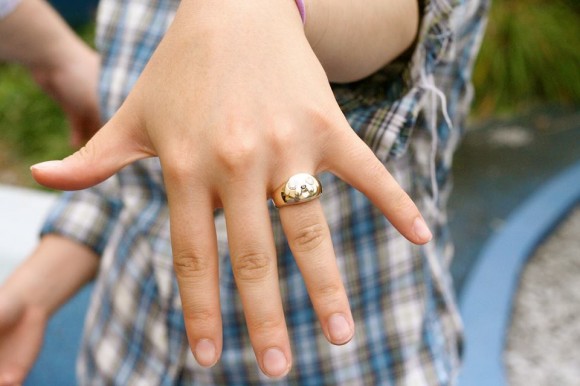 Adventure Time creator Pendleton Ward saw the ring and said, “Holy cow that’s amazing.” But there’s more. Adams told us, “Currently I have Paul working on my wedding band which will make the Jake ring part of a pair as my ring will be Jake’s butt. Seriously.” The couple have decided to say their vows in NYC during New York Comic Con. This just gets geekier by the minute.

Adams is currently working on a new (NSFW) webcomic, In the Garden of Steven.