This Christmas, Santa Claus Retires the Sleigh and Pilots a Mech 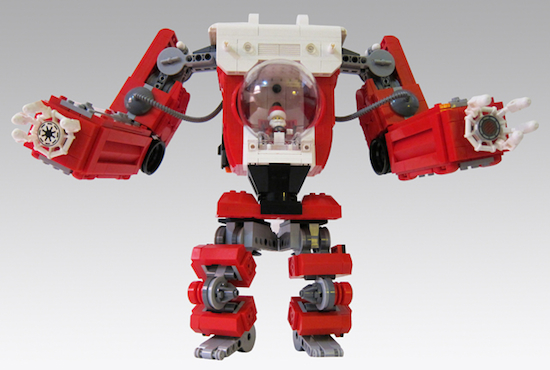 It’s a widely accepted scientific fact that kids these days just don’t fear the omnipotent judge of the righteous and damned, Santa Claus, like they once used to. Years ago, the prospect of having one’s gift withheld and given a lump of coal instead was enough to convince children to behave. Today, the little brats have the absurd notion that they’re entitled to being showered in free material goods. This year, things are going to be different. Cartoonist Mark Anderson has constructed the ultimate mobile weapon in bad behavior deterrence entirely out of LEGO: The LEGO Santa Claus Mech!