Legends of the Knight Batman Documentary Screenings | The Mary Sue

Legends of the Knight Kickstarted Batman Documentary Is Coming To A City Near You! 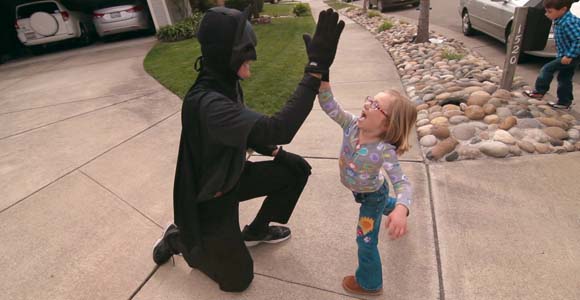 You may remember us talking about this documentary a while back. And for good reason – it was about Batman, the power of storytelling, and I was in it! Managing Editor of TheMarySue.com Susana Polo even has a cameo appearance! If you missed the Kickstarter, you still have a chance to see this heartwarming film. Filmmaker Brett Culp has announced a series of screenings to take place across the U.S. with a partnership with Tugg.com. And the best part? Proceeds from each screening of Legends of the Knight will benefit a local charity. Check out WEareBatman.com to find out if it’s coming to a town near you. If not, you can also find details on how to request a screening or pre-order the DVD. I’ll be making an appearance at the New York screening on February 6th. See you there?

Batman (character)documentariesKickstarterLegends of the Knight