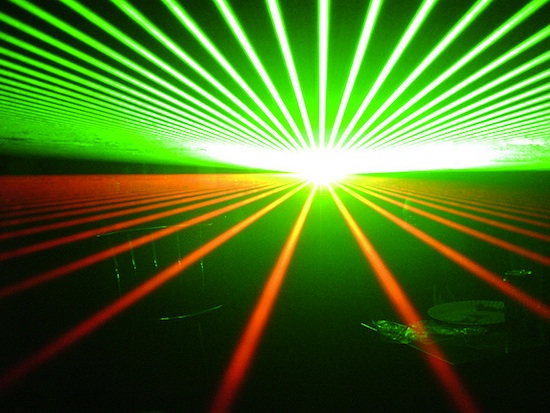 Studying things that are smaller than we can see often seems like no big whoop now that we’re working with things like nanoparticles every day in labs across the world. However, seeing things is one thing, while actually being able to study them is another. Researchers at the University of Freiburg have developed a way to use tubes of light to trap microorganisms in a laser cage and image them for closer study.

The cages are necessary to cage elusive, shapeshifting bacteria called spiroplasmas. About 1,000 atoms wide and lacking cell walls, they’re hard to trap with standard optical tweezers as they can change their standard spiral shape and disappear from sight. Using the new system, researchers were able to not only hold the creature in place, but also change its orientation, getting a first really good look at the full picture of spiroplasmas from all angles.

The nature of the laser, which is distributed evenly over the entire organism, also makes it a particularly good camera for recording them. Not only can it offer images of the whole creature, but bouncing light off of every available surface at the same level, the images it captures are very high contrast, painting a vivid picture of the  imprisoned spiroplasma. Since it’s fast, taking hundreds of images every second, researchers are able to even make movies of the creatures’ futile attempts to escape. Which, considering how difficult they are to capture otherwise, we imagine must be highly satisfying.