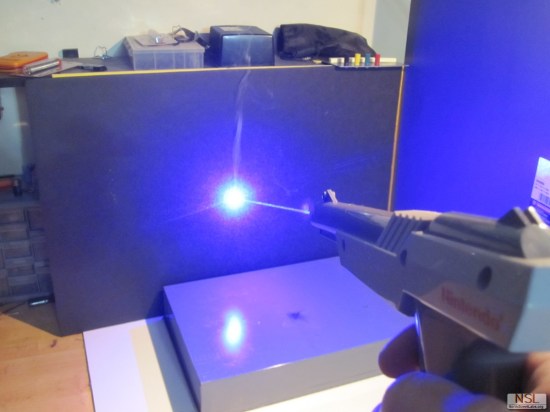 Listen, we know that when you were younger you sometimes used your NES Zapper as a regular gun when playing manhunt with the rest of the neighborhood kids. Now, thanks to a kind of dangerous mod from North Street Labs, you can turn your NES Zapper into a real, working laser, and subsequently set everything on fire.

Before you possibly embark on this kind of crazy (and admittedly awesome) mod, the team at North Street Labs reminds us that this laser is legitimately dangerous — not in the kind of way staying out in the heat too long with only half a bottle of water is dangerous, but in the kind of way where a gun is. They recommend purchasing and wearing goggles that are attuned to the specific wavelength of the laser.

The build, though tedious, isn’t exactly difficult. Essentially, they opened the NES Zapper and shoved a laser inside, then closed the zapper. The tedious parts of the build came from maneuvering and removing the factory guttyworks from the Zapper, and attaching all of the little bits to better fit the laser. 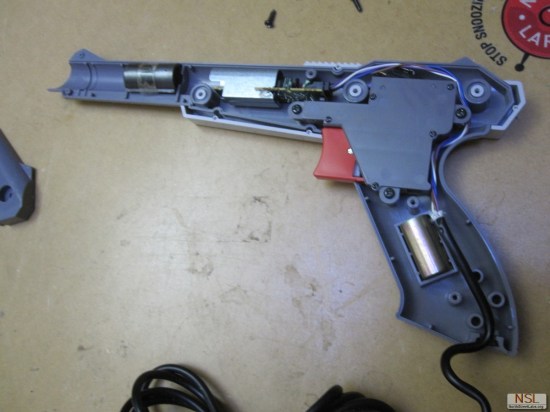 NSL also noted that the trigger switch that came with the Zapper ended up being perfect for the laser, as Nintendo “over engineered it,” able to handle “ridiculous levels of current.” After some desoldering and soldering, taking precise measurements and doing some math, and making a metal holder so the laser shoots out of the exact center of the Zapper barrel, NSL was able to fit a powerful inside an NES Zapper, capable of lighting things on fire with a terrifying amount of ease. Check out a video of the Zapper in action below.

Head on over to North Street Labs for a build process detailed enough for you to build your own, but seriously, be careful, it sets things on fire pretty easily.