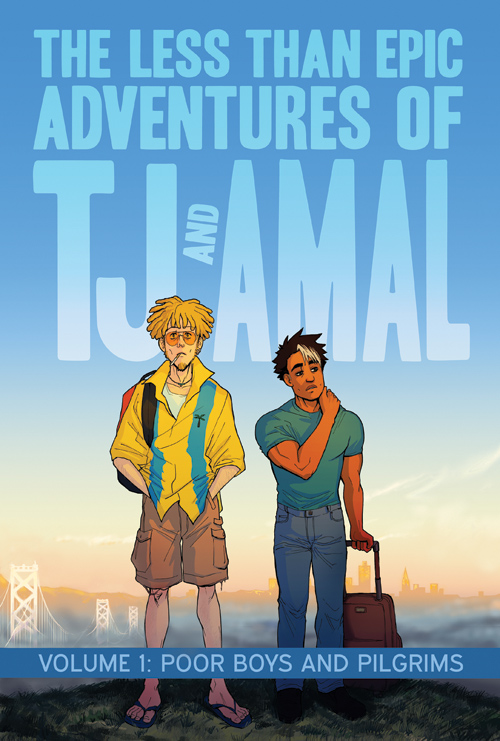 The 28th Annual Lambda Literary Awards were last night, so if you’re looking for some LGBTQIA reading material for the summer they have plenty of recommendations from mystery and YA to poetry and horror!

The “LGBT Graphic Novel” category is relatively new and I love that it’s there because I get so many new recommendations from it. The previous winners are Second Avenue Caper: When Goodfellas, Divas and Dealers Plotted Against the Plague by Joyce Brabner and illustrated by Mark Zingarelli and Calling Dr. Laura: A Graphic Memoir by Nicole Georges.

The nominations this year and titles I’m definitely adding to my reading list were Curveball by Jeremy Sorese, Honor Girl by Maggie Thrash, The Less Than Epic Adventures of TJ & Amal by EK Weaver, O Human Star: Volume One by Blue Delliquanti, and Wuvable Oaf by Ed Luce. If you’re looking for even more reads, the Lambda site also shares the names of submissions that weren’t nominated, which includes titles like Beldan Sezen’s Snapshots of a Girl and Nichola (Nicki) Ward’s Jackie’s Not a Real Girl.

TJ and Amal, which took home the Lammy started as a webcomic in 2009 and ended in 2014. You can read long-time fan Parrish Turner’s review of the series on the Lambda Literary website. Here’s the synopsis from the website:

May 16, 2008 – In the span of a single day, Amal calls off his arranged marriage, comes out to his conservative parents, promptly gets disowned, goes on a bender… and wakes up the next morning to find TJ, a lanky, dreadlocked vagrant, frying eggs and singing Paul Simon in his kitchen.

TJ claims that the two have made a drunken pact to drive all the way from Berkeley to Providence. As it happens, Amal promised his sister he’d be there for her graduation from Brown University. And TJ, well… TJ has his own reasons.

The agreement is simple: Amal does the driving; TJ pays the way – but a 3500 mile journey leaves plenty of time for things to get complicated.

You can check it out in print or PDF here. Did you find any new titles to check out?