This Doctor Who Cookie Begs To Be Moisturized…With Tea! 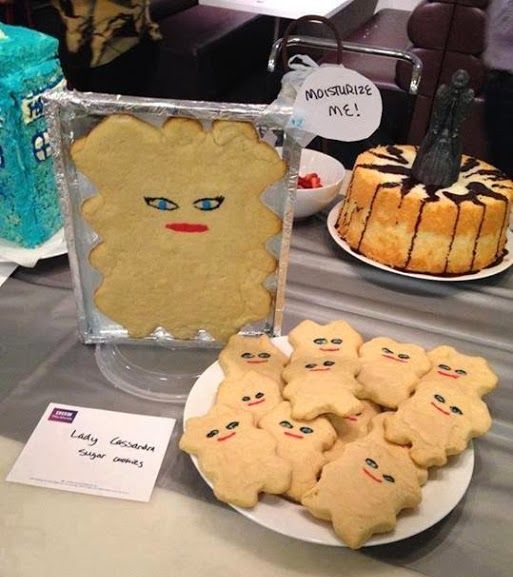 The BBC America staff recently had some fun with a Doctor Who-themed Bake Day in their New York offices. We’re jealous we didn’t get to attend and dunk some of these Lady Cassandra sugar cookies into a cup of tea and laugh heartily.