Steven Moffat On The Next Season Of Doctor Who – Capaldi, River, and More 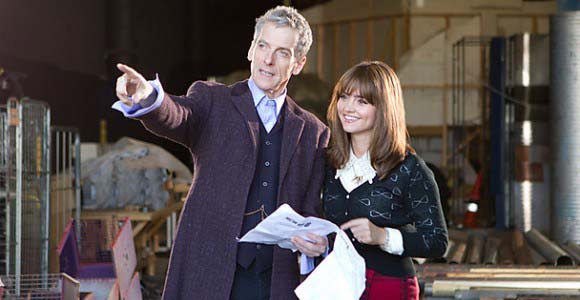 Now that the great regeneration has happened, what can we expect from Doctor Who in the next few years? Steven Moffat gives a few details.

Although we don’t have a set premiere date yet, we previously had word Season 8 would not have a break but run straight through. In a recent interview with Doctor Who Magazine, Moffat confirmed that and gave us a little more.

“We’re not going to do splits, and the same format will repeat exactly the following year like that — so it will be the traditional form,” he told them. That means both Season 8 and 9 will run uninterrupted, which is good news to this fan.

He also spoke about the changes we can expect to see as they relate to Peter Capaldi’s Doctor.

“There would be little point in making as radical a change as we’ve made unless you’re going to go quite different with the Doctor. The last two Doctors have been brilliant, and have been your ‘good boyfriend’ Doctors. But the Doctor isn’t always like that. There is the sort of Tom Baker, Christopher Eccleston end of the spectrum, where he is mad and dangerous and difficult,” he said. “I think it was time for the show to flip around a bit. The new version of the show is quite old now. It’s very old… We need the kick-up-the-arse Doctor, in a way, to frighten you and make you think, oh, it’s a different show again.”

Here’s hoping Capaldi won’t turn into a “boyfriend” Doctor. Speaking of which, on the subject of River Song, Moffat said his “immediate instinct was that story’s probably done.” But he is tempted.

Personally, I feel her story has indeed ended but that doesn’t mean we couldn’t see something from other points of her timeline. Though if I had my way, we’d have a web spin-off with just River going on her own adventures.