La Borinqueña Returns in Her Second Graphic Novel, a Beacon of Hope for a Beleaguered Puerto Rico 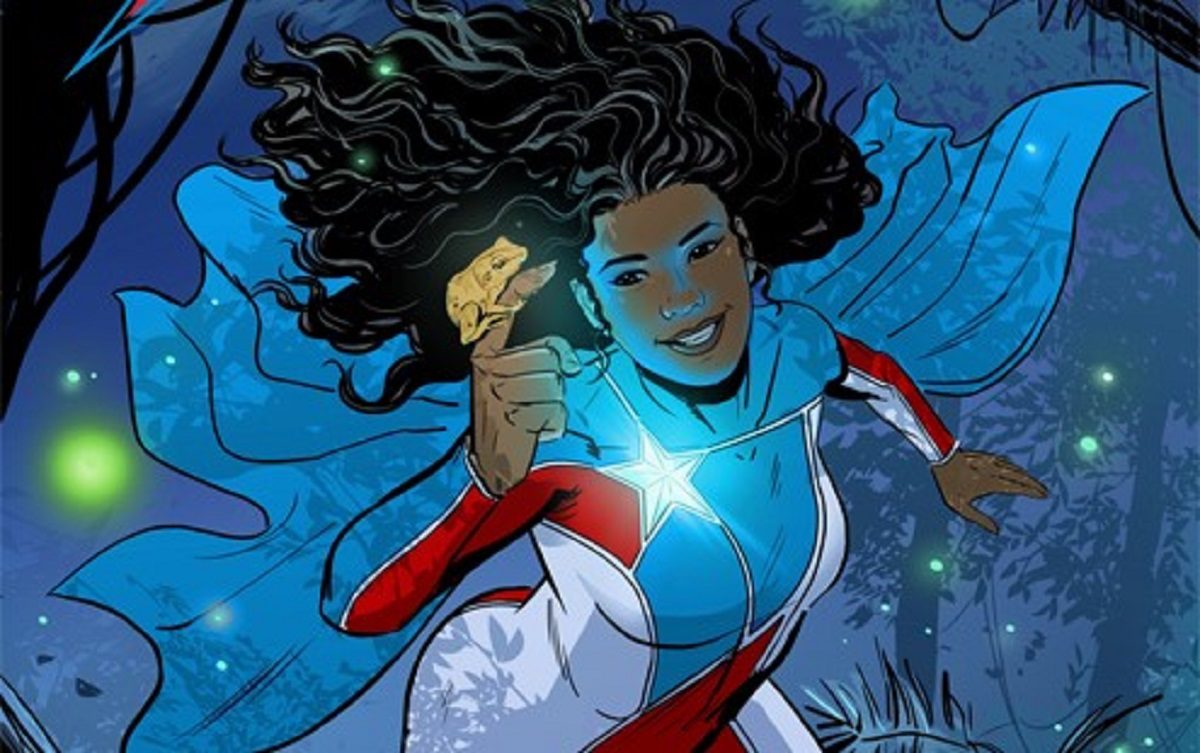 La Borinqueña made her first appearance back in January of last year, when writer Edgardo Miranda-Rodriguez created a Puerto Rican superhero in response to the humanitarian crisis affecting the 3 million Puerto Ricans with American citizenship on the island. Post Hurricane Maria, Marisol Rios de la Luz continues to resonate and returns with an all-new graphic novel.

After appearing as part of of a DC Comics anthology called RICANstruction, its proceeds benefiting Puerto Rican disaster relief and rebuilding efforts, La Borinqueña returns in the second installment in her series of graphic novels. Once again, Miranda-Rodriguez is on scripting duties, and he’s joined by artists Will Rosado and Manuel Preitano. 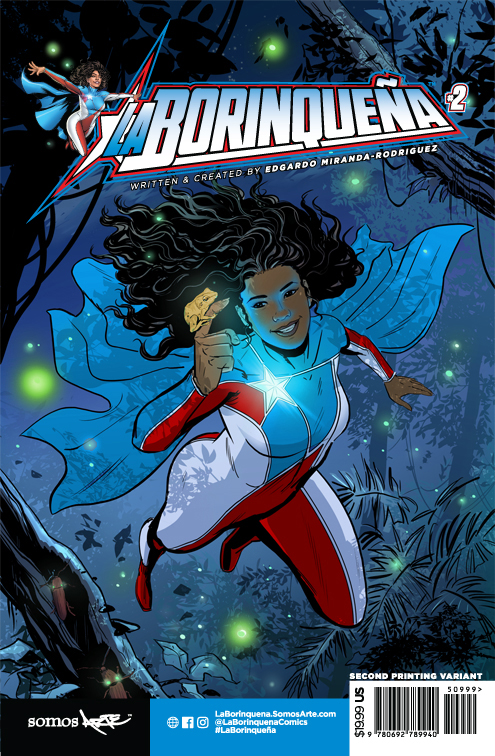 Here’s the official synopsis of La Borinqueña #2 from Somos Arte:

MARISOL RIOS DE LA LUZ is back in Puerto Rico sometime after the Hurricane that hit the island in the first issue (La Borinqueña #1 was released December 2016, 9 months before Hurricane Maria). She is continuing the research for her senior thesis while coming to terms with not only her new powers but her perception as a hero by the people of Puerto Rico. In the midst of the islands recovery, Marisol meets young people across Puerto Rico that are either involved in direct protest of the displacement of families and wildlife to a group of science students from the University of Puerto Rico who are torn between marching or continuing their studies in the face of the austerity measures that are jeopardizing not only their education but their livelihood. During this her alter ego La Borinqueña time travels to witness an important event that will affect not only her, but the fate of Puerto Rico.

Written and created by Edgardo Miranda-Rodriguez, Illustrated by Will Rosado and Manuel Preitano, Colored by Christopher Sotomayor and Robert Snyder. Cover artwork by George Pérez and Juan Fernández, variant cover by Nicole Virella.

The title is currently available for pre-orders at the La Borinqueña website, and is set to drop on June 10th. This is a pretty significant date. Why? June 10, 2018 happens to be the 70th anniversary of La Ley de la Mordaza (The Gag Law of Puerto Rico), which outlawed the display and ownership of the Puerto Rican flag in order to suppress the growing independence movement on the island.

According to Wikipedia, “The law prohibited owning or displaying a Puerto Rican flag anywhere, even in one’s own home. It also became a crime to speak against the U.S. government; to speak in favor of Puerto Rican independence; to print, publish, sell or exhibit any material intended to paralyze or destroy the insular government; or to organize any society, group or assembly of people with a similar destructive intent. Anyone accused and found guilty of disobeying the law could be sentenced to ten years imprisonment, a fine of $10,000 dollars (US), or both.”

Land of the free, home of the brave. Unless you’re a citizen living on a commonwealth, in which case suck it.

This lasted until 1952, when the original light blue color of the flag was changed to navy blue and became officially adopted as the flag of the US territory to this day. This law would’ve made La Borinqueña illegal to produce, distribute, and own in Puerto Rico back in the day. The fact that we’re currently living under an administration that makes laws like that seem all-too-possible again makes this title all the more important.

With La Borinqueña #2, Marisol’s story delves deeper into her culture, as well as into her relationship with her new powers. It’s a great and refreshing read in the superhero landscape, and I’d highly recommend snagging a copy this week!