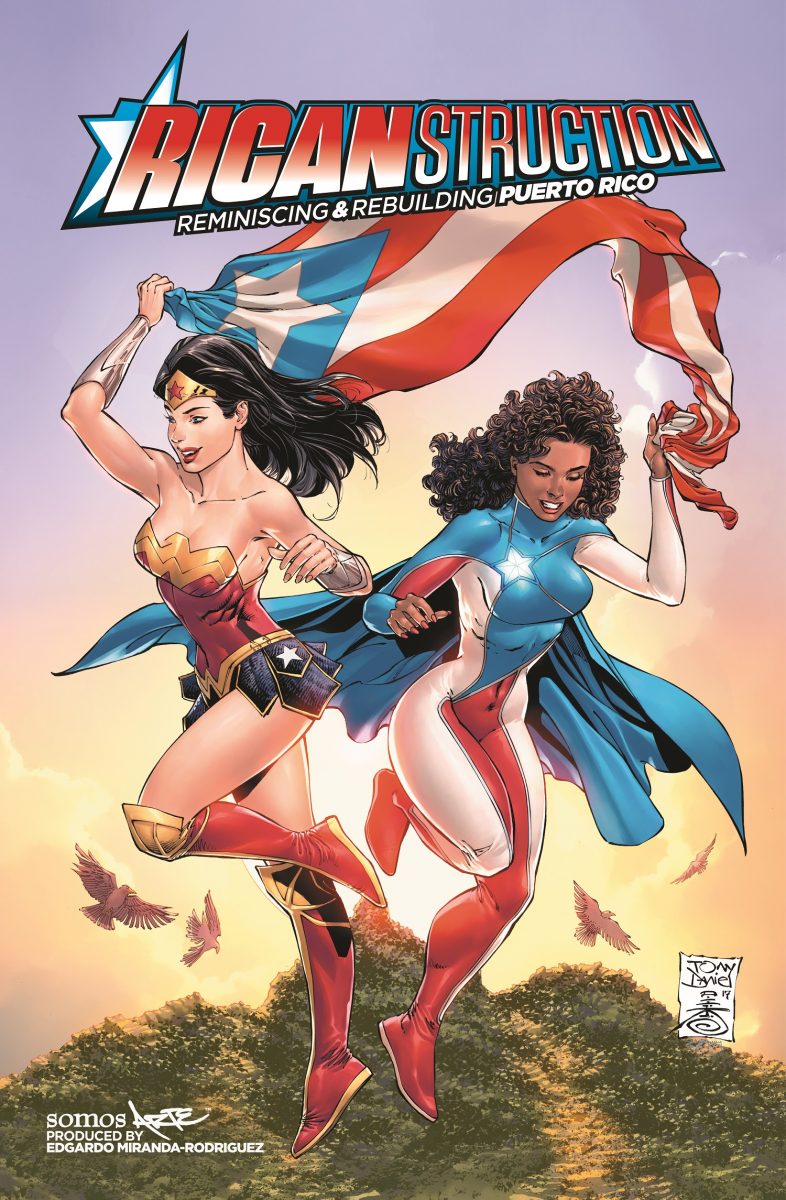 I was thrilled to write about Edgardo Miranda-Rodriguez’s La Borinqueña when she first came on the comics scene last year. Now, in the interest of helping Puerto Rico rebuild after the effects of Hurricane Maria (not to mention the financial stress the island has been under thanks to the United States’ economic policies), La Borinqueña is getting by with a little help from her friends in the DC Universe.

Somos Arte, the Brooklyn-based production and creative services studio of which Miranda-Rodriguez is Creative Director, is pleased to announce the publication of Ricanstruction: Reminiscing & Rebuilding Puerto Rico, a comics anthology created to benefit ongoing relief efforts in Puerto Rico.

Conceived and produced by Miranda-Rodriguez, Ricanstruction teams up La Borinqueña with some of DC Comics’ most iconic superheroes: Wonder Woman, Batman, Superman, Aquaman, The Flash, Harley Quinn, and many others.

Featuring some of the most acclaimed names in the comic book industry—including GAIL SIMONE, GREG PAK, REGINALD HUDLIN, DENYS COWAN, KEN LASHLEY, BILL SIENKIEWICZ, YANICK PAQUETTE, GABBY RIVERA, WILL ROSADO, JORGE JIMENEZ, MIKE ALLRED, CHRIS SOTOMAYOR, and more—Ricanstruction is a collection of original stories that not only delve into the past and explore the beautiful history of Puerto Rico, but also envision a stronger future.

Thanks to Somos Arte and Miranda-Rodriguez, we have two preview pages from the anthology. The first is a page from a story called “Coqui,” written by Javier Muñoz and drawn by La Borinqueña‘s Sabrina Cintron:

The other is a La Borinqueña story written by Rosario Dawson and illustrated by Gus Vazquez (Suicide Squad): 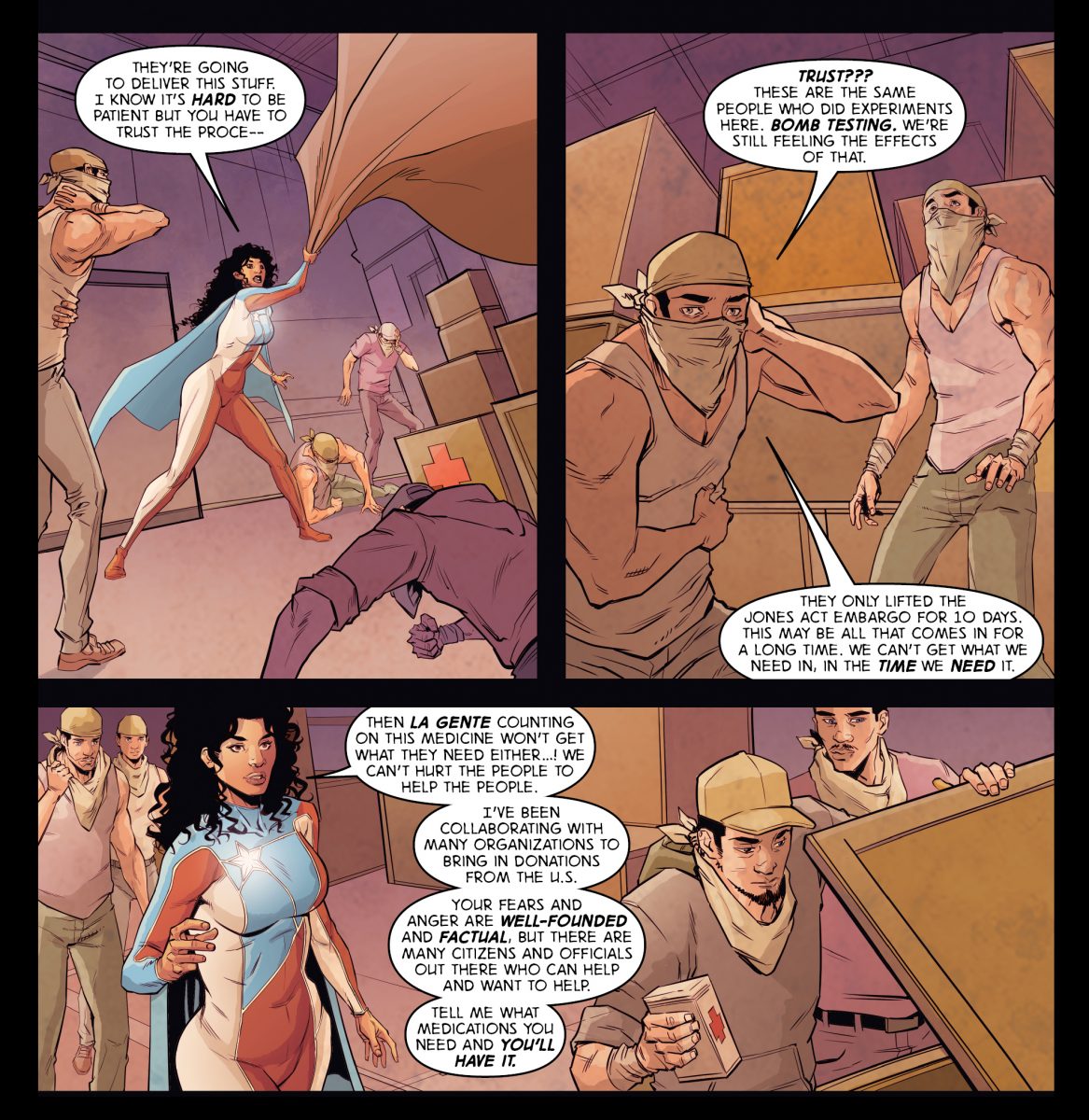 It will debut on May 18 in San Juan, PR at the Puerto Rico Cómic Con when Edgardo Miranda-Rodriguez makes his return to the island as a featured guest, and be released nationally on May 23.

100% of the proceeds from this anthology will go to several organizations, including the non-profit El Puente, all of which continue to work toward helping over three million Americans living in Puerto Rico, providing solar-powered lamps, food, clothing and so much more. These short stories remind us all that the true power of being a hero is inside each of us.

When we come together as a united people, we will never be defeated! ¡El pueblo unido jamas sera vencido!

Check out the official La Borinqueña website for more info!