A Lesson In Knowing Your Audience 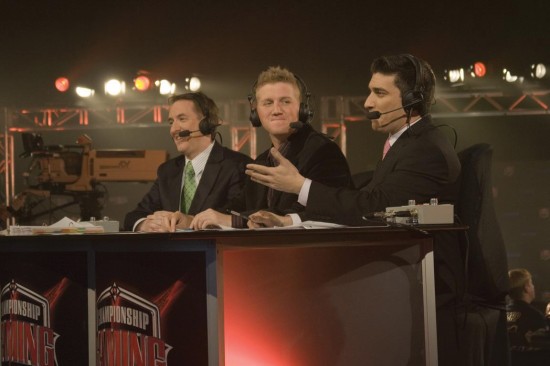 It’s unfortunate that my list of tips for writers was published when it was this week. If it had only been a day or two sooner, it maybe could have saved Kotaku a major headache. Jen Schiller, an intern at Kotaku, published a rather dismissive article about professional gaming this past Tuesday that was based on an interview over at Alienware Arena with David “Zaccubus” Treacy. The final tip I gave in my list was to know your audience and, sadly, it looks as if Schiller might have misunderstood exactly who it was she was talking to and what she was talking about.

At best, her article was insulting, dismissive, and poorly-sourced. At worst, it was full of falsehoods and a great example of negligent journalism. It takes more than a snippet of a quote or a quick skim of an article to fully understand the intent. As some have pointed out, it’s not as if there aren’t many an example out there of, shall we say, less-than-stellar journalism. Sometimes this is intentional trolling or sensationalism while a post of this kind from an intern feels more like a misstep and an opportunity to learn.

And that isn’t to pick on Schiller either. At some point, everyone must learn the basics. When you were a kid, you crapped in your pants just like everyone else before you knew better. Ignorance is not an excuse but it’s also not reason to completely dismiss a person’s ability even if they’re being dismissive of you and your interests. Instead of burning bridges—social networks make the tech world a lot smaller—build relationships by helping or at least trying. At that point, when they know better, that’s when it’s stupidity.

So, time for a lesson: do not give the middle finger to your specifically-targeted audience. If you’re courting the kind of audience that finds niche, Japanese advancements of interest, it’s probably not a good idea to poke fun at the idea of an alias/handle for a professional gamer. Sarcasm and humor both have their place and self-deprecating jokes are often cruise control for cool but singling out a subsection of your audience and mocking them both implicitly and explicitly is just not a good idea at all.

In addition, make sure if you’re going to give the middle finger, that it’s a justly-deserved middle finger rather than a matter of opinion. If you say that a known pro-gamer said something, make sure that they both actually said it and that they didn’t follow that up with a statement clarifying the first one. That kind of stuff is just sloppy and only provokes righteous anger and disappointment from fans. There’s not much you owe people viewing your editorial for free but you at least owe them accuracy and professionalism.

Again, to be clear, it’s not like events like this don’t occur from time to time or even on a weekly basis. It just happens that this was a fairly flagrant disregard of some classic tenants of writing. Go and read Schiller’s article and then read the paragraph that it was essentially based on from the Alienware Arena interview.

Only recently, thanks to MLG, can we see what gaming events should look like: Great shoutcasting, well presented, and without the need to cheese it up for regular people to understand.”

And so, to everyone out there looking to write about your passion, please don’t do this. Or if you must, at least learn from it.