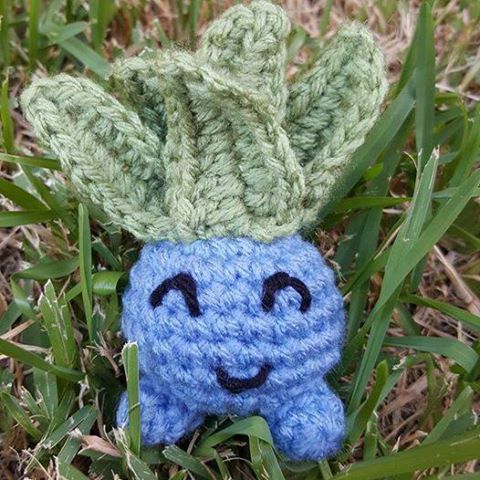 Pokémon GO has fostered all kinds of unique social interaction and made the real world feel just a little more magical, but finding digital Pokémon in our surroundings wasn’t enough for Nichole’s Nerdy Knots. The nerdy knitter has been stitching up some Pokémon and hiding them around Pokéstops (and other appropriate areas) in the real world for random people to find, which we can only imagine is an incredibly rewarding surprise.

Much like real (pretend) Pokémon, you can’t buy these creations. You can only find and catch them with some good luck, and there’s no forthcoming tracking system to help you out on that front—but being in the right area might. The artist is located in Dallas, TX, so players in that area should keep a sharp eye out for the yarn-based critters. Check out her Facebook page for more images of Pokémon, including Snorlax, Poliwag, Magikarp, and more!

We weren’t the first ones to take notice, and being featured on Reddit and elsewhere around the interwebs has caused a flood of attention on Nichole’s work. For those in the area who want to do some Pokémon hunting, she says she’ll be putting a new batch out soon, and she’ll let people know on Facebook so they can be on the lookout.

If you’re not in the Dallas area, happen to have some knitting skills, and want to bring some Pokémon magic to your home turf, all of her patterns are available for free on Ravelry.