Kit Harington On Game Of Thrones Season 4, “You’re Going To Love It.” 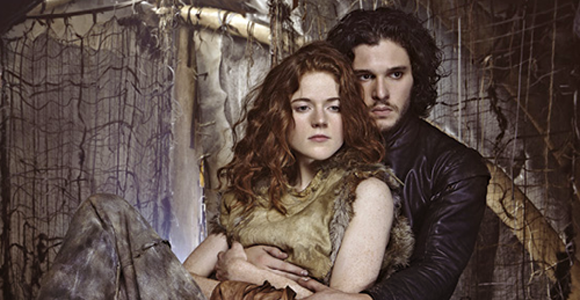 We may be in Game of Thrones hibernation mode (ie, trying not to think about it because Season 4 is so far away) but actor Kit Harington is in the thick of it. Find out what he had to say about Jon Snow’s journey and obstacles next season, plus his thoughts on the Red Viper casting controversy.

“I’ve got great hopes for this season. I’ve read it and it’s fantastic,” he told Yahoo TV. “You’re going to love it. It’s my favorite so far.”

When we last left Mr. Snow, he was in a bit of a pickle. He’d been outed as a traitor to the Wildlings and his girlfriend Ygritte had shot him full of arrows for it. He told io9, “She was pretty angry with me, yeah. And I kind of understand that. Jon essentially did betray her. And he betrayed his morals. But he had a different set of morals before he met her, and he stuck to those. So I don’t know. It’s going to be an interesting season for Jon and Ygritte.”

And how will his adventures in Season 3 affect his return to his brothers in black? “His journey is to prove to the Night’s Watch that he wasn’t a Wildling, explain where he’s been, and also get over his own feelings of betrayal towards the Wildlings that he did actually care for,” he said. “So it’s a really interesting — is dichotomy the right word? — a really interesting mix-up of feelings for him this season. And he’s got to grow up and deal with it.”

Meanwhile, Yahoo asked Harington to weigh in on the casting and following controversy of casting Chilean actor Pedro Pascal as Prince Oberyn Nymeros Martell, a.k.a. The Red Viper.

“I haven’t seen him in costume yet, but I have had dinner with him a couple of times. He’s a lovely man. He’s going to be brilliant,” he said. “It’s an amazing character and quite the story line. You’re going to enjoy it. [Fans] won’t be disappointed, Pedro Pascal is the man for the job.”

Harington also told Yahoo they’re only in the very early stages of Season 4. “We shoot July through December. We’ve just started and have a long way to go,” he said. “Everyone’s extremely nervous because we’ve got a lot to do. Everyone is always nervous at this stage every year and we always get it done.”