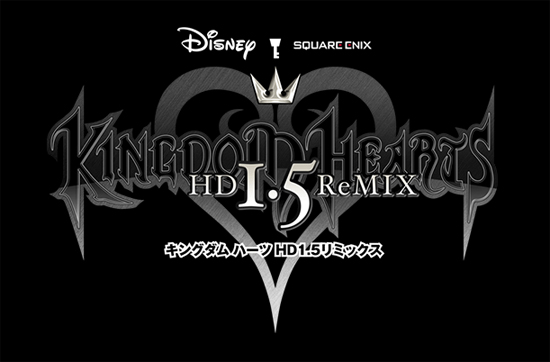 What’s a company to do when they want to consolidate a few of one of their franchise’s titles into a single, high-definition remix, but they’re spread across different consoles? This is the boat Square Enix finds themselves in after much clamoring for a Kingdom Hearts HD collection on the PlayStation 3. Well, they’ve gone ahead and announced Kingdom Hearts 1.5 HD Remix, which includes Kingdom Hearts Final Mix, Kingdom Hearts Re: Chain of Memories, and Kingdom Hearts 358/2 Days. The weird thing, beyond the title, is that 358/2 might only be represented as a video.

The announcement comes courtesy of Tokyo Game Show, so it’s almost certain that this will be a Japanese release before it ever hits shore in North America or elsewhere. Final Mix still hasn’t made its way elsewhere, but an HD collection might just provide enough impetus to have it shipped out to other nations this time. It’s hard to say, though, as Square Enix is notoriously sketchy about such things.

Another oddity is the fact that this collection includes neither Kingdom Hearts 2 nor Kingdom Hearts Birth by Sleep, yet manages to grab the only one exclusive to the Nintendo DS. There’s even some talk that, due to the issues involved in porting something that uses two screens to the PS3, the entirety of 358/2 might only be represented in video form. There’s even Japanese labels of “video work” floating around, though that could just refer to the upgrade to HD.

Until someone can get a less cagey response out of Square Enix, we’re left wondering why they’d even bother when they could instead spend their time porting, say, Kingdom Hearts 2.